Carrying a gun when canoe traveling just because

Well, the gun carrying debate could be divided into two categories: Canadian or American. In the US, it seems people have many possibilities for carrying, because of the relatively unlimited access to handguns. In Canada, although there was the remote possibility of getting a wilderness carry permit for handguns, the main gun carried was either a shotgun or rifle.

Recent policy from the Federal Government, once passed, will ban the sale of any new handguns in Canada, and the sale or transfer of them between people on a private level has been banned as well. So handgun ownership will end with this generation. I don't want to make this political, but suffice it to say, there has been a regimented attack on Canadian firearms owners, based on events that have occurred in the US. Canada already has an extensive and effective regulatory system for gun ownership and use, but Trudeau is using it as a wedge issue.

Currently, wilderness carry of a long gun for protection in Canada is permitted. The way things are going, I can see a time in the near future when this will probably be banned as well.

I'm not happy about many of the new regs, particularly the proposal to ban any magazine that holds more than 5 rounds. My Cooey model 60, a venerable Canadian made tube feed .22 will be made illegal under this proposal. I think this summer I will carry some form of rifle or shotgun on every trip, just because I still can. 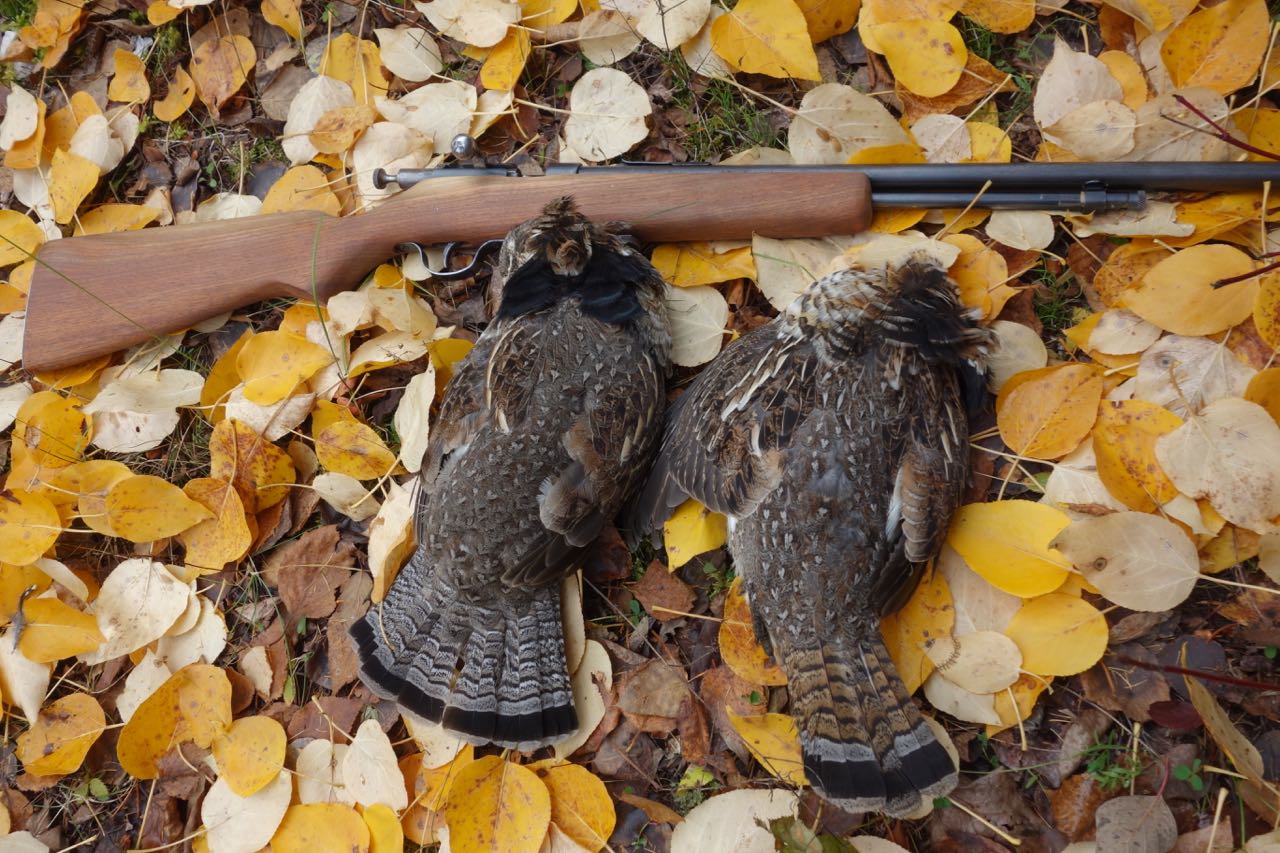 Wedge issue! Guns? Everything is normal and logical down here. LOL. Too bad our government reps can't legislate for the 80% of the population instead of for the 5% fringe. At least down here I think most in the USA agree on most things or at least close enough to compromise but that doesn't raise money and motivate voters. I assume that is a human nature thing and not just a USA thing. Hopefully humans will figure it out some day.
B

DanG said:
A little more info: The bear on the roof has two yearling cubs who have learned to open car doors and ransack the interior looking for treats. They've also attempted to enter houses by pushing on doors and windows. One got in through a bathroom window and roamed the house while the owner was yelling at it. All these bears have been captured, tagged, and released by California DFW, but so far they haven't done sufficient damage to warrant euthanasia, according to the rangers. This is Sierra Madre, not a rural area, but it backs to the San Gabriel mountains and Angeles national forest. Residents are told to keep their garbage cans locked inside until the day of pickup, but as the picture below shows (taken 15 minutes after the cans were put out), the bears know the schedule as well as the residents.
View attachment 129133
Click to expand...

A little late to the conversation, but having shared living space with bears, this reminded me of a bit of bear trivia. We all got along pretty well, but "for the love of God" do not bring any fast food wrappers around or throw them in the trash. If there was McDonalds grease on anything the bears would get it.

I carry a .45 pistol all the time and when I am away from the van out of town, I carry a .45-70 rifle. I carry a gun when I am snowmachining, canoeing, hiking, fishing, hunting or on an ATV ride. I have only had a few comments. One man asked me what I was afraid of and my answer was "Not a damn thing." Most of the women that I ride with are relieved that I have a gun. The most popular comment is "What gun do you have there?", followed by them showing me their gun and then a discussion of guns, ballistics, different uses, etc.

The things one learns on CTN.

pblanc said:
not all AEDs will recommend defibrillation for monomorphic ventricular tachycardia . . . [or] Torsade de Pointes
Click to expand...

dramey said:
Most of the women that I ride with are relieved that I have a gun.
Click to expand...

The most dangerous thing on a New England canoe trip would be a person carrying a gun because they were afraid of bears.

In Florida there have been numerous cases of alligators flipping kayakers. If a 7 foot or bigger one hit a canoe right, he probably could roll a canoe over. Once in a while a gator will get in a Jon boat, I would assume he could do the same with a canoe, although I've never heard of it. So here in Florida, if you're proficient, it might be wise to carry it on your person. If a gator gets you in the water, it might come on handy.

I think this is actually North Carolina, but you get the idea

List of fatal alligator attacks in the United States - Wikipedia

Pretty rare but a little scary. Not one of these folks were in a canoe, jon boat or kayak. July 4th 2015 Tommie Woodward was first fatal alligator attack in Texas since 1836. Tommie wasn't very smart and basically fed himself to the alligator.

August 30th 2021 was the first fatal alligator attack since 1774 in Louisiana.

Foxyotter said:
Pretty rare but a little scary. Not one of these folks were in a canoe, jon boat or kayak.
Click to expand...

According to the Wikipedia article regarding fatalities, you are right. But according to the article you posted some of the injuries were while canoeing per this chart.

I have zero worries about alligators because if I am in Florida or any South Eastern state with alligators between June and August I am already dead. I detest heat and humidity and would welcome a quick death by alligator vs the heat stroke or fungus that would take me out other wise.

List of fatal alligator attacks in the United States - Wikipedia

Pretty rare but a little scary. Not one of these folks were in a canoe, jon boat or kayak. July 4th 2015 Tommie Woodward was first fatal alligator attack in Texas since 1836. Tommie wasn't very smart and basically fed himself to the alligator.

August 30th 2021 was the first fatal alligator attack since 1774 in Louisiana.

Even though rare. As for me, I will take any additional insurance that prevents me from winding up on that Wikipedia list, even if I don't use it.

I have a throwable floatation device in all of my boats. In the almost 60 years of being on the water, I've never once had to throw it to save someone in the water. But should an emergency situation arise I have it. I am familiar with it and know how to use it.

I have always maintained one fire extinguisher in my house and one in my garage, I have never had to use them, but should the emergency arise I have it. I am familiar with it and know how to use it.

It's been almost 30 years since I've had to change flat tire on the side of the road. But should the situation arise I have a spare tire (and AAA). I am familiar with it and know how to change it.

If carrying a tool that I am familiar, proficient and safe with, can possibly keep me from winding up on any fatality list like the Wikipedia list posted. I will take that tool with me, even if I never have to use it.

Evernole I don't disagree with what you wrote and I am not against carrying a gun if given the "familiar and know how part" being the most important. With that being said your examples other then a gun rarely kill people accidentally, purposfully or other wise.

This video was very interesting. Good practice ideas and surprising suggestion on weapon choice. The video also has a crazy survival storie of guy that was attack by grizzly.

Canoes aside, maybe folks should carry guns near golf course ponds to give themselves a fighting chance against death by decorative alligators. The unidentified woman 'struggled to stay afloat' after she was seen falling into the water at the Boca Royale Golf and Country Club on Friday, according to the Sarasota County Sheriff's Office

people.com
You must log in or register to reply here.