PIctures of celebrities in canoes

The video of Cal fly fishing makes me question whether he knew what he was doing. One clip appears to show him snagging his line on an out-of-frame obstruction; the video cuts just as he is turning around to see what he is snagged on and why he cant pull his rod forward.

Rita Hayworth married Orson Welles on September 7, 1943, during her lunch break from the filming of the movie Cover Girl. The marriage lasted only four years. 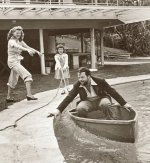 I believe I've seen a picture of alsg now using that pool as his canoe test facility, but I'm frequently confabulated.

Close. Berkeley is a natural redhead, unlike Rita. 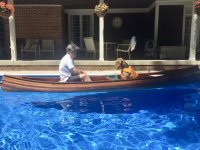 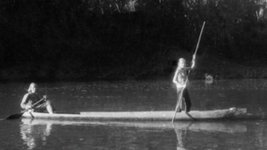 As best I can figure, that is Juliane Koepcke poling in the bow of a dugout in the Amazon rain forest of Peru, where she was raised by her biologist parents.

Juliane who? Someone who double survived things that none of us have.

17-year old Juliane Koepcke was the only survivor of LANSA Flight 508 on Christmas Eve 1971, the deadliest lightning-strike disaster in aviation history. The plane broke apart at 10,000 feet and Juliane survived a two mile plunge into the jungle while strapped into her three-across seat, which got thrown free from the plane as it disintegrated.

With only a broken collar bone and some deep cuts, plus lost eyeglasses and one lost shoe, Juliane then survived 11 days of wandering in the Amazon jungle with only a small bag of candy for food. She came upon an outboard motorboat and siphoned gasoline into her deep cuts to kill the maggots that were infesting them. Finally, she was rescued.

She grew up to get a Ph.D. in zoology, specializing in bats.

Here are two articles about her ordeal and a 1998 documentary. 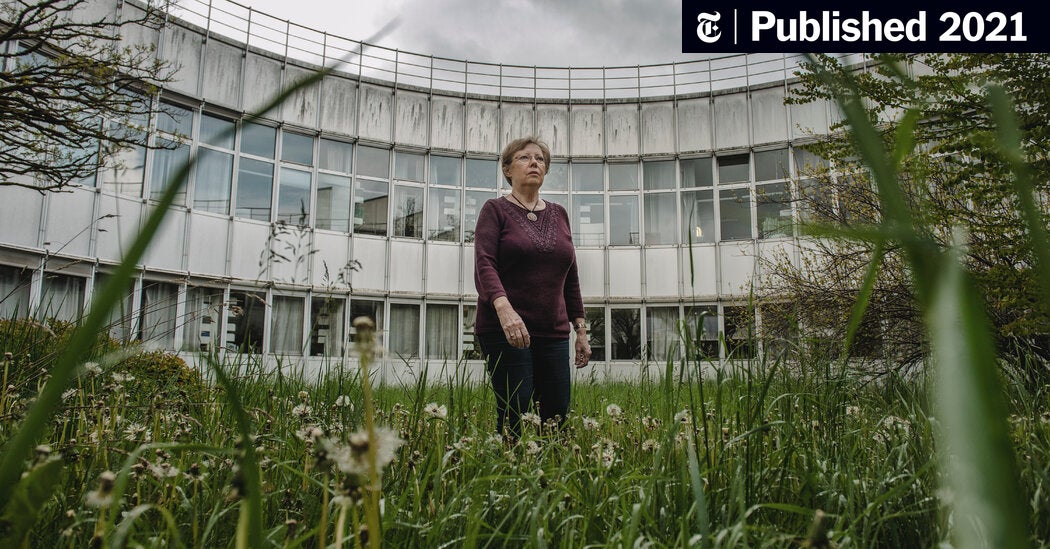 She Fell Nearly 2 Miles, and Walked Away (Published 2021)

At 17, biologist Juliane Diller was the sole survivor of a plane crash in the Amazon. Fifty years later she still runs Panguana, a research station founded by her parents in Peru. 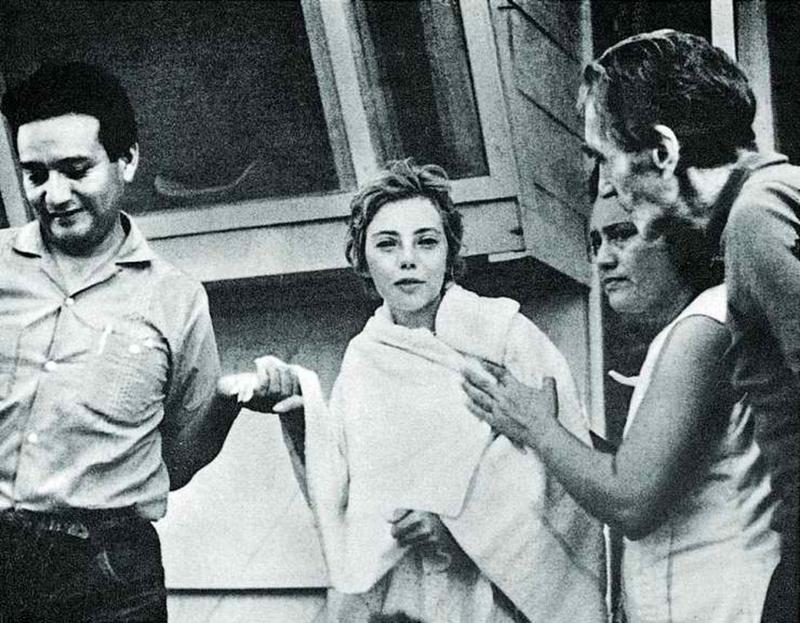 Midflight, the plane flew into a dangerous thunderstorm and was struck by lightning. At 10,000 feet, the plane broke apart and disintegrated. Passengers and wreckage plummeted to the ground. Juliane, still strapped into her seat, fell nearly two miles to the remote rainforest below.

I had not heard that story before. I don’t know why not. Truly amazing!

2 miles! That’s a lot of time to freak out. Gassing maggots in your cuts take resolve. Impressive. Horrifying. 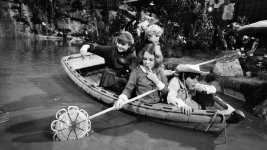 Did you, your parents or grandparents see this sweet movie in 1971?

Did you, your parents or grandparents see this sweet movie in 1971?
Click to expand...

Nope. But I did see it as a child a little later.

Glenn MacGrady said:
Did you, your parents or grandparents see this sweet movie in 1971?
Click to expand...

Big Gene Wilder fan although Willy Wonks is way down the list of my favourite Gene movies.

I did watch a bit of it about a month ago on TCM where it's a regular.

Can't find a pic of Gene in a canoe, this is the closest I could get (scene from The Producers) 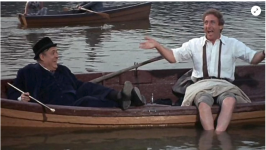 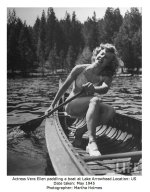 Vera-Ellen (1921-1981) was one of the youngest women ever to be chosen as a Rockette, and went on to become a well-known American dancer and actress in movies. She danced in films with the two greatest male hoofers of all time, Fred Astaire and Gene Kelly. Hollywood hasn't made many great dance movies since Kevlar was introduced for canoes. This 1945 photo also proves that paddling beavertails from the stern of a wood/canvas canoe without a life jacket was not invented by certain members of this forum.

That's a great photo of Vera Ellen, she really looks like she is enjoying her paddle. If you notice her leg position she can transfer weight to her leading right leg to change her trim when needed. I can stand up from that position and with one step be kneeling with my butt on the stern thwart for a more "traditional" trim.

I'm not a fan of the sponsons though.

This is what a double hull, pontoonified canoe looks like around star date 2360: 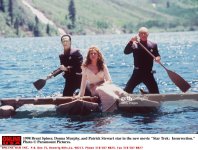 The star date is also the SPF rating of the starboard paddler's sunscreen lotion.
You must log in or register to reply here.

Interpreting the CTN logo picture, plus some history of it