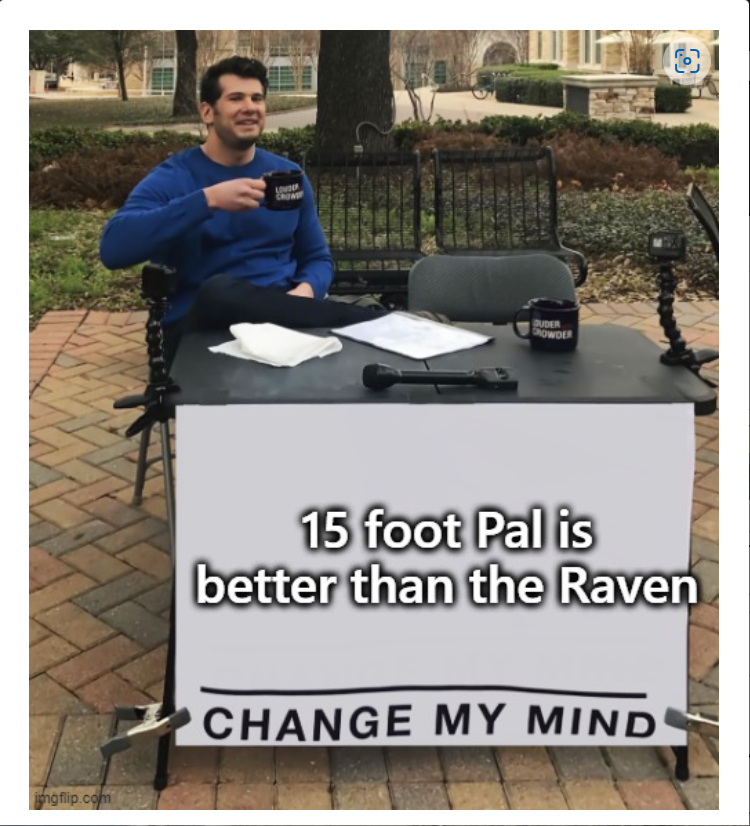 The J. Winters Raven has been my favourite solo, and every time I build something different, I regret it. And yet, I was thinking last night, I have the forms for the chestnut pal, and if I reduced the length to 15 feet, I would have a large solo, that would look good too. But will I regret it? Any thoughts?

My opinion is that you’ll regret it. Maybe regret is too strong. It will be a nice canoe, but every time I paddle a tandem canoe solo I wish I was in a dedicated solo after about 3 paddle strokes. Too much wasted energy. I built 2 pals a fewvyears ago, so I have an idea of the pals behavior as a solo canoe. I think the raven is a bigger osprey/kite right? I have a kite.

I originally built the pal as a “what if I could have only one canoe” canoe. And I think it’s a great as that. Ok as a solo and ok as a tandem. Lucky I have lots of canoes for different stuff.

I put the pal into delftship at one point and messed around with it a bit and think that scaling it down in both length and width would make it a better solo. Too bad you can’t reduce the width and keep the length. But I’d still go with the raven.

Variety is the spice of life.

Whether one likes Canoe R more than Canoe P is wholly a personal preference and subjective.

Since I personally don't care that much for the Raven, I might prefer a lot of other 15' solos better.

On the other hand, if the Raven is your favorite ~15' solo, it's unlikely (but not impossible) that you would be convinced that a bastardized 16' Pal is better. I use that terminology because I don't think you end up with a Pal if you simply reduce one's length by a foot. Rather, you would have to reduce all the Pal's dimensions proportionally and, even then, you may still prefer the Raven.

However, as Sultans knew, preference for one woman is not a reason to avoid, or regret, building a harem.

I say go for it because, otherwise, you will probably regret never knowing whether you would have had regrets about building a 15' Pal—which would be a regrettable state of future affairs.

Alex Comb of Stewart River Boatworks has refined the Pal into a 15' tandem or solo outfitted canoe he calls the Ami, which I believe is one of his more popular models.
A

I think you should build a Pal with a square stern.

Mem buddy you're aiming way too low. Here, let me help you up your game. 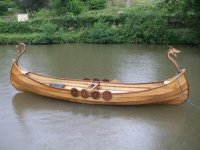 Build a stripper downsized from the real deal.
Why be just another pirate when you can be Norseman Rob?! You may have to trailer it.
Oh, and don't say it isn't culturally appropriate to N Ontario. Never heard of the Beardmore Relics?

How do you think most other fifteen foot 36 inch wide tandems feel to paddle from the center compared to your raven? You will regret it. But I think Alan might be on to something with the square stern Pal. Stretched out 18 foot long 31 or 32 inches wide, square stern. You might have to change and add a few of the forms. How hard could that be? (sarcasm)

I'm watching this carefully. I liked paddling my raven but thought it might be short for me. I was wondering what would happen if I stretched the raven to 16 feet (mostly in the middle) to gain a little more speed and maybe enough extra stability that I could stand up in it in moving water.

Jffde, the usual process for stretching or shortening a stripper is to take or add an equal amount off each station, so the hull retains the design characteristics. I have done this with several builds. However, you might be on to something!

I measured the centre station from my pal forms, it's only 34 inches. I'm thinking if I could pull the gunwales in another inch on each side after it's built, and reduce it to 15 feet, it could be an interesting hull.

Of course, if I do it, I will probably regret it. I've never been one to learn from my mistakes.

My 2 cents.
If this were to be "the last build" then I say build the Raven, but keep thinking about the solo-ized Pal for another build another time.
You must log in or register to reply here.

Canoe designs for a small person or child