A quick review for a hat.

For the past three years I've been paddling wearing a boonie-style hat called the Seahawk made by a company called Shelta. I've used it on at least 6 multi-day trips and countless day trips and I'm completely satisfied with it.

There are a several features that make these really good hats for canoe tripping -- wide brim, breathable, DWR fabrics with UPF 50+ sun protection; interior wicking headband, interior mesh vapor barrier panel so that hat doesn't stick to your head, there's a cinch to adjust size. Easily washable. Chin strap is also very function and versatile and can be removed quite easily. It floats, too.

"But," you are thinking, "there are any number of hats out there with some or all these features. What's the big deal?"

What sets the Shelta apart IMHO and makes it so good for canoe tripping is that the front of the brim has a plastic insert that makes it stiff like a baseball cap. That means the wide front brim does not flop up or worse yet down in front of your face when paddling into a headwind or when it gets wet, something which boonies are prone to and that I can't stand. But unlike a baseball cap, this hat has an all around brim for sun protection. The back and sides of the brim are normal.

It may not have have the looks of a classic Tilley but this has been the perfect canoe tripping hat for me.

An interesting possibility and for me not worth getting rid of my Tilley.. Have never had a floppy brim.. Maybe dirt keeps it stiff.
P

Hats are important. I live at 5,000 feet in a climate with severe clear. The mountain lakes are 6,000-9,000 feet. Hiding from the sun is almost a full time job.
I have worn western hats all my life being a mule man. In the wind a stampede strap is required on the water. Some times I just use a cotton bandana spread out under a baseball cap.
I have laready left plenty of hide in the little stainless steel bowls at the dermatologists office. Long sleeves most of the time even in summer.

Yes, hats can be important to deflect sun, but I've also thought that the silver-white hair of old age, when worn very long, does a pretty good job of that too, while also keeping the head cool -- assuming, that is, that one actually has hair in old age.

My former tandem partner used to say this about the benefits of her long blond hair on mountain lakes. Her name was Marilyn. 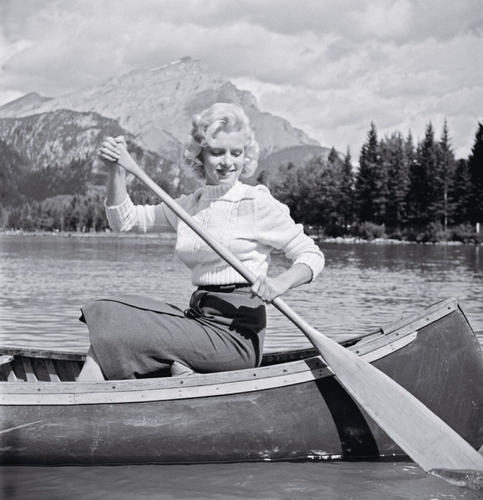 That’s a gorgeous paddle she’s got there! I don’t care what color her hair is, you gotta where a hat. I even wear fingerless sun gloves and long sleeves all summer.

Looks like your partner is demonstrating the classic combination River-j/near Air-j while on flat water. Was that her preferred stroke?

Curious if those hats Float ?

A good friend, back in the early 90s, bought a $10 wide brimmed hat, at the outfitters in Ely Mn.

First day a sudden gust of wind lifted it from his Bald head, and the hat landed in the lake. It promptly Sunk. Had to borrow a Baseball cap from another paddler, to protect him the rest of the trip.

Ever since that day, I hook a big Bobber to my Water hats ! Ha !

Oh Glenn ! I bet Marilyn had to use that paddle on you as much as the lake ! Ha !

The Shelta hat looks very nice and seems to be less expensive than a Tilley, which I've never really liked.

For more than 15 years I've used a narrow brim Panama straw hat, in addition to my silver locks, in warm times and climes. It's very reflective and lets in the breeze. I like the tropically gay hat band and have a Yosemite pin on the left side. All canoe hats need a chin strap, so I made sure this model had strap attachment hooks. I bought a leather chin strap from David Morgan, who made Indiana Jones' bullwhip and from whom I bought my first canoe hat, an Akubra pure fur felt Aussie slouch. 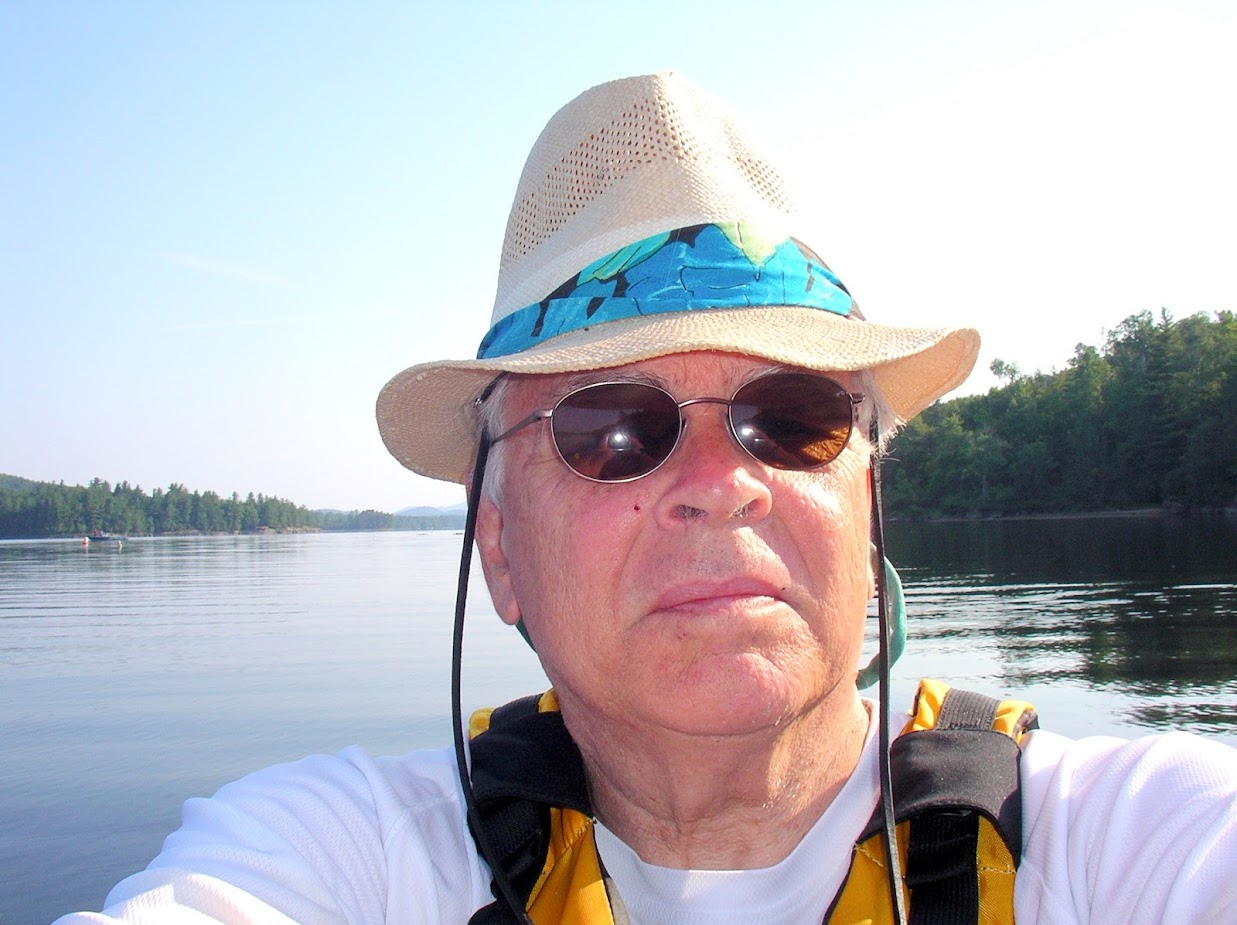 Only three people knew Marilyn's favorite strokes, and two got assassinated. So I'm not going to add that risk to my old age woes.

Glenn MacGrady said:
Only three people knew Marilyn's favorite strokes, and two got assassinated. So I'm not going to add that risk to my old age woes.
Click to expand...

Oh, that was subtle, Glenn. Best not to take any chances. Of course, the ‘60s were s long time ago. You could fess up.

I don’t know if there were rescue boats in place when that image was captured, but. If not, I would have preferred to see Marilyn wearing her PFD.
Last edited: Aug 25, 2019

Years ago my brother gave me a Tilly style (boonie) hat for our upcoming canoe trip. I caught sight of myself in the car mirror at the put-in and instantly hated it. It was the goofiest thing ever worn on someone's head. But I wore it, snugging it down so I wouldn't need to use the stupid looking chin strap. Over the following few days it adequately kept rain and sun off my face and out of my eyes, sheltering my ears and nape of neck. It worked, and worked well. At home I hung it up with the canoe gear vowing never to wear it again. (I have an old felt fedora as well as a trusty worn ball cap for tripping. Neither of which are goofy thank gawd.) But last summer was a scorcher. I was reading a cycle touring blog written by a couple who had travelled down the spine of the western cordillera from Alaska to California. Fun, adventurous and inspiring stuff. They said that within a couple days they'd decided to doff all other headgear in favour of their boonies. (They might have been Tilleys.) Seeing photos of them I thought "They look goofy." But they looked well protected from the scorching sun. Hmm. So I swallowed my pride, steered clear of mirrors, and set out on a cycle day tour of my own sporting my old boonie. I still refused to employ the chin strap, choosing to snug the hat down firmly. My gosh! The shade provided by that crumpled floppy brim felt luxurious! On subsequent day paddles/pedals since I've worn this old thang with much relief from sun and showers. Marvelous. I just keep clear of mirrors. I'm working my way up to using the chin strap. That'll take a whole other level of fashion depravity.

For sun and UV protection I wear a French Foreign Legion type hat with a neck flap and deep bill. Patagonia has (had) a nice one.

Patagonia redesigned their deck drape hat at least twice. None were as good as the original.

The original easily tension adjustable for when the wind starts howling, with a dark underside long, wide brim, sweat band, breathable UV protective mesh/vents, chin strap and a wide drape that covered the back of the neck and the ears. Damn near perfection in a sun protective hat; I liked it so much I bought another a couple years later for family use.

Having achieved near perfection Patagonia had changed their design slightly. The bill became longer and wider and the neck drape much longer (for giraffe necked?), which could have been useful. But the neck drape no longer came forward enough to shade the ears and, having been crispy lobed under inadequate ball caps or boonie hat brims, that UV ear protection was a critical design element for me.

The original version. Like Brad I’m not a chin strap fan; I hook the chin strap atop the hat when not needed, and sometimes tuck the neck flap up under there as well.

Not content with those minor changes Patagonia completely redesigned their sun hat to the Bimini “fly fishing” cap. The current (last?) version of that.

Much lighter materials and construction, with a neck drape that extends not just past the ears, but out to my cheeks and into my peripheral vision if not clasped. Also unvented, less breathable, no sweat band and I found that neck clasp irritatingly hot and unadjustable. For something branded PataGucci it seemed poorly made with cheap materials.

Patagonia now seems to have dropped the design from their line altogether. Googling “Sun hat with neck drape” there are now dozens of $10 - $15 models, which may explain why.

Sure, but do the Sheltas pass the elephant test? I recently bought my first Tilley, one of the more inexpensive models on sale. The salesman told me that if I go to their website I could read about how an elephant ate one and it was later recovered and still usable. I said "now there's a feature worth paying extra for".

gumpus said:
Sure, but do the Sheltas pass the elephant test? I recently bought my first Tilley, one of the more inexpensive models on sale. The salesman told me that if I go to their website I could read about how an elephant ate one and it was later recovered and still usable. I said "now there's a feature worth paying extra for".
Click to expand...

Do you know where your hat has been? And if it was inexpensive as you say does that mean it isn't worth a sh-t?

Odyssey said:
Do you know where your hat has been? And if it was inexpensive as you say does that mean it isn't worth a sh-t?
Click to expand...

Hmmm. Inexpensive Tilley = $75. Maybe it was on sale because it was an elephant poop prototype. I'm not used to wearing something so costly while paddling so I'm still using older/cheaper hats. Oddly enough 3 of my most-used hats were found outside so I have no idea of their history. One was washed ashore after a flood and I found it at a put-in, one came floating right down the river to me and I never came across anyone else that day, and one I found so long ago that I can't remember the story.

I found a Tilley on the ground in Yellowstone, as a bear-jam evaporated. I’ve really liked it, to the point that if I lose it, I will go buy one. It has a chin strap, but someone explained to me that you don’t put it under your chin, you tighten it behind your head and that keeps it on, which has worked well enough. Goofy or not, it keeps the sun out of my eyes and off my ears, it keeps my glasses dry in the rain, and it doesn’t bump or rub the back of my pack when I’m backpacking. I have other floppy type hats, but this one has a brim that is just the right size. Pringles 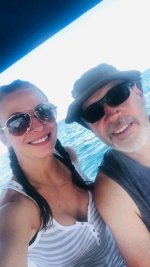 I'm not a fan of the floppy hats. I found a second-hand wool Stetson Stallion I like a lot.

My first Tilley lasted about 25 years and true to their word they sent me a new one. I also have a wool winter ball cap from Tilley that is has been a favorite for maybe 20 years. I've never tried their other stuff but I'd bet it's high quality. They have travel clothing that would make sense for tripping too, like underwear that you can hand wash and they dry overnight. I haven't looked at their catalog in a while but it's worth a look.

To be clear, shelta hats are not floppy.
You must log in or register to reply here.