Been working on a winter project for the next canoe trip. Got inspired by this online tutorial for a folding tripod campstool and modified the seat design from the Bushcraft Camp Chair pattern available at from Willow Haven Outdoors. Didn't have the exact hardware as the tutorial but used up some other functional bits found at home (3" long, 1/4" carriage bolt with wing nut + 3/16th eye bolt & wingnut). The legs were made from some 1-1/4" dowels that were collecting dust in the basement. 2 of the legs in my version are poplar, the remaining leg an older piece of oak. Had a nice piece of tooling leather left over from other projects that just fit the bill and fashioned a simple triangular design for the seat on the underside of the leather. 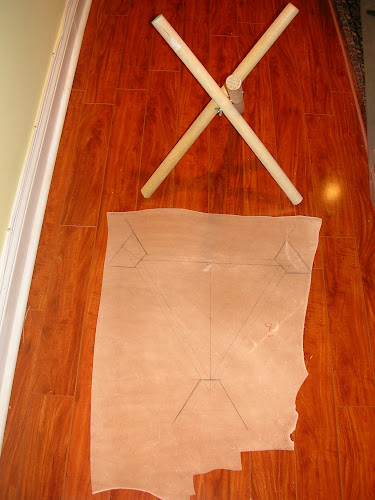 Kind of got lazy here and decided to use my surplus of copper rivets to secure the end flaps rather than stitching... 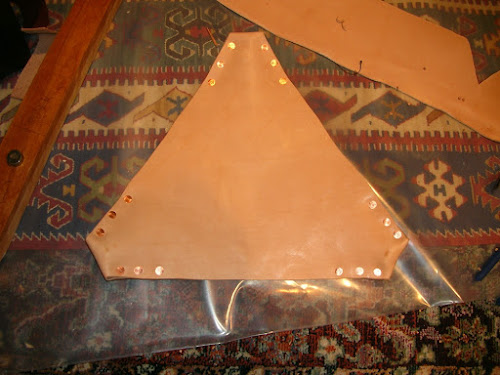 Ended up decorating by burning a canoe related theme to the seat - this one influenced by my new attempts at canoe poling. The image is from the 1941 pencil etching entitled "Canoe Man" by artist Frank Weston Benson - he's got lots of outdoors art if you google him. 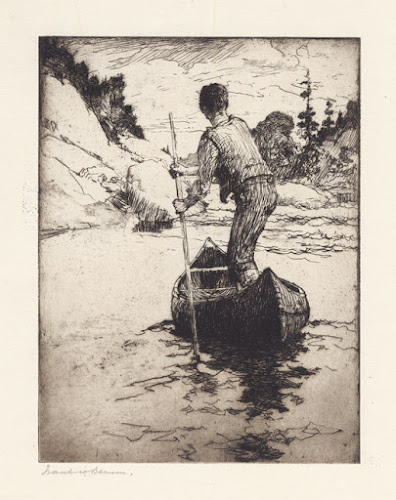 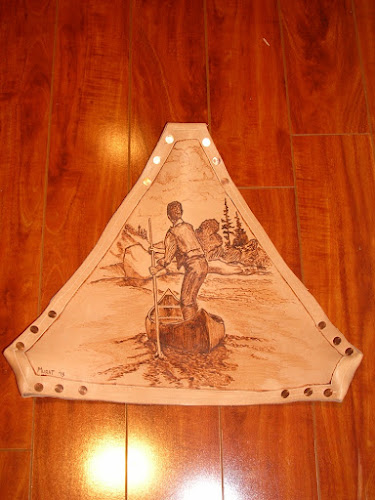 The bottoms of the dowels were crudely rounded with a crooked knife so the stool would rock less. Didn't like the unfinished look so ended up using some left over deck stain to give them a warm reddish tint. Here is the stool against another dusting of snow in Toronto. 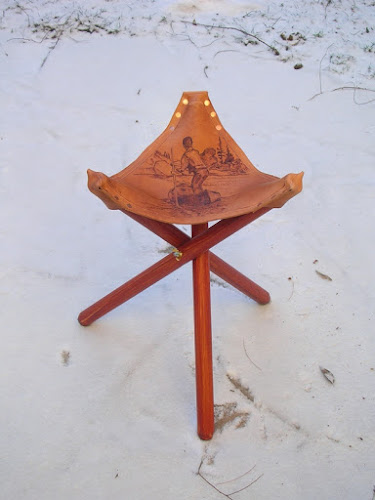 With the seat removed, the legs collapse neatly together and can be thrown into the canoe pack, but for weight savings, the legs could be left at home and the seat rigged up with sturdy branches lashed up in camp... 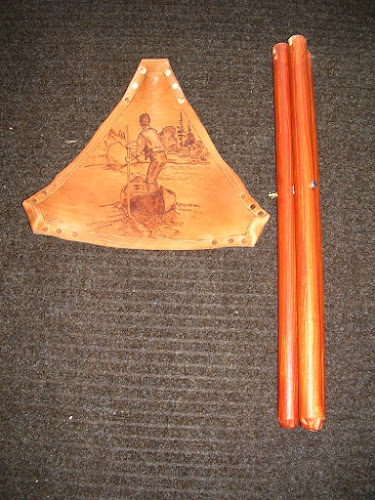 Easy project for anyone wanting to give it a go and make a functional piece of homemade gear.

Murat! good to see you here. I love your idea. do you think it would work in canvas? i'm thinking ultralight... just carry the seat, and lash up the legs on site...

Hi Murat, I almost fell off my chair when I saw the image on the seat. That is pretty nice, what a great piece of equipment to bring on a trip.
Thanks for sharing, hopefully some day soon you will get to use it out there on the trail.
Robin

Functional and great looking...Great idea! Thanks for sharing.

Thanks for the compliments everyone.


Seeker said:
...do you think it would work in canvas? i'm thinking ultralight... just carry the seat, and lash up the legs on site...
Click to expand...

Should work with any heavier duty material. Lots of stress on the ends so maybe some strong stitching needed there...

Here's a tutorial I came across (with a pattern for the seat) where the maker used old denim jeans. Maybe this'll help if you want to go the fabric route...
http://newlifenewpurpose.wordpress.com/2011/04/25/diy-recycled-denim-three-legged-camp-stool/

This is an item I'll have to build. Thanks!
P

That's really nice! Thanks for sharing.

Wow!, Simple light and compact ... I get pretty sick of sitting on rocks and logs ... good idea.

WOW! That is gorgeous!
You must log in or register to reply here.

B
Mason fire box and other musings