I think everyone knows of Bungee Dealee Bobs. By all accounts a terrific product consisting of a length of bungee, a cord lock and a toggle that is threaded onto the bungee. https://www.bdbcanoe.com/bungee-deal...ountain-biking

Some of us who have cord locks and bungee hanging around have, of course, made our own versions. On mine, I've not bothered with a separate toggle. I just use the cord lock as both the cinch and the toggle. And while I have worried the short length of the cord lock might be prone to twisting sideways and thus detaching from whatever it was wrapped around, that has NOT happened to me in operation. 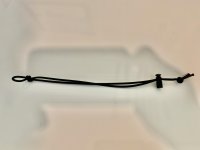 In addition, I've discovered if the loop is sized correctly in relation to the toggle, the toggle can be pushed through the overhand loop and you will never have to worry about the cord lock potentially turning sideways and letting loose. 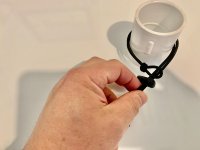 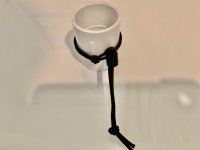 Not a big deal but thought I would share it.

Prior to adding the extra loop at the end, I was using them like this. 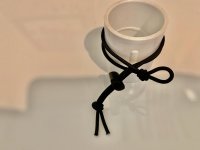 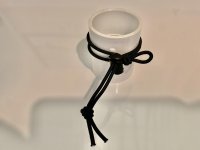 Makes more sense security-wise for the cord lock to pass through a right-sized loop.

I found bungee dealee bob’s oddly confusing, or at least difficult to quickly manipulate with the plastic crossbar plus cord lock, and the bungee cord on those, while colorful, was kinda skinny for my taste. Still have a few never used bungee dealee bobs.

Your solution is more straight forward and simpler, with what looks like sturdier bungee.

I still use bungee ball canopy ties for some applications. “Still” because another friend found a deal on them. By the gross.144 bungee balls and 20 years later I still have a few. When the bungee craps out from overstretch the plastic ball is handy for other uses. I’ve found the canopy ties with shorter 4” long bungee are better for most (non-tarp) use than the 6”. 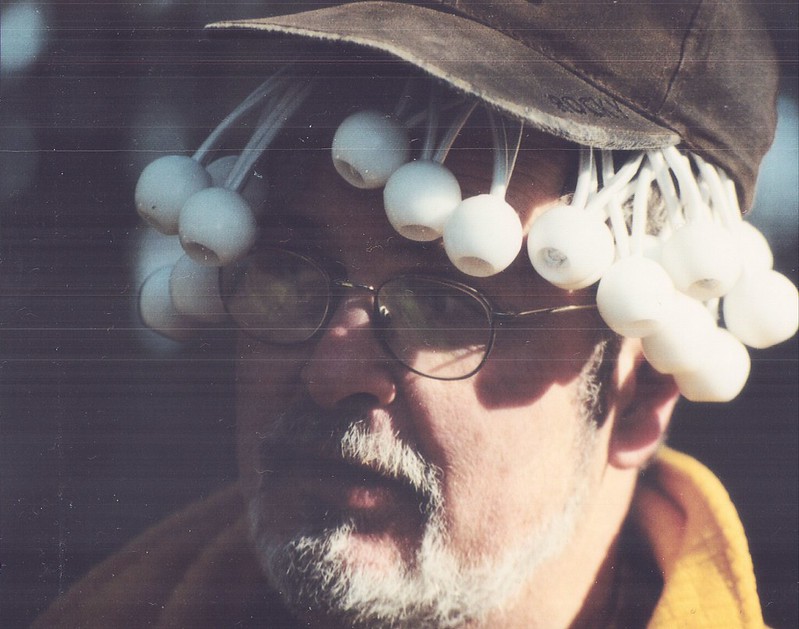 There are cord locks and then there are cord locks. ITW/Nexus once offered a Patent Pending Award Winning cord lock redesign with a rectangular shape. Those were the strongest I had found without some finicky “release” mechanism, but seem gone from their catalog today. They were also like a buck apiece, and the aperture was too small to pass two pieces of decent diameter bungee cord. They were awesome for paracord though, gripped like hell and the spring (stainless?) didn’t rust as quickly in tidal use.

For tidal/salt use a cord lock with a stainless steel spring would be worth the bit of extra cost.

I’ll let you know, I just ordered some of those, and foresee another rust-never-sleeps experiment, with a variety of labeled cord locks hung dockside on a string at a friend’s place on the shore. I know from past use that some cheap cord locks corroded to immovability.

A few years ago, meeting at the put in for a trip, Conk, generous as always, brought gifts from his shop for everyone. I got a bag of 50 of seriously stout, big assed cord locks, 1 ½” long with a 3/8” diameter cylinder and a giant hole suitable for threading and, more importantly, glide sliding along two pieces of bungee cord. Quote “Too heavy for Conk’s itty-bitty gram weenie Zing-it needs”. (Gram weenie added)

I have used the hell out of those and still have a bunch left. I checked my shop notes; sold by Country Brook Design. Also just checked, not a stainless steel spring

I’ll bring you a couple of each when we meet to paddle the upper Conowingo pool. BWAHAHAHA!
Last edited: Apr 8, 2021

Mike McCrea said:
I’ll bring you a couple of each when we meet to paddle the upper Conowingo pool. BWAHAHAHA!
Click to expand...

My bungee is supposedly "marine" grade and the locks supposedly have stainless steel springs. So, when we meet up at Conowingo pool (or Assateague), I'll trade you a couple of "Bungee Dealee Al's" for your "Mike's Too Big For Conk's Weenie Cord Locks."
G

I wasn’t sure about the uber spring in the Conk bigboys and was going to sacrifice one by busting it open to check with a magnet. Didn’t need to, a ceramic magnet picked it up intact.

I have a variety of cord locks; none of the others were stainless either. Doesn’t matter for something like a stuff bag cord, but does in exposed to the elements canoe applications.

I’ve discovered that bringing a magnet along when I buy stainless machine screws, nuts etc at my favorite hardware purveyor is a help. That farm country hardware has a vast selection of stainless steel. And, in the same aisle, bins of non-stainless. I’ve found a few of the latter mixed in with the former, probably from some shopper putting it back in the wrong bin.

I'm no metallurgist but I too have experienced stainless steel products that are attracted by a magnet. Another thing I've learned is that stainless steel doesn't seem to make a very good spring. I make this claim because all of the SS lock washers I've ever used, loose most of their springiness once they've been tightened.
G

A magnet has done well to pick out the occasional steel machine screw or nut from the stainless at the hardware store bins. When I get the cord locks with SS springs I’ll give it a try with the magnet and let you know.

I wonder if SS lock washers are problematic because once installed they remain compressed and perhaps take a flattened set. Be curious how well the spring action works over time with those SS cord locks as well.
Last edited: Apr 10, 2021
S

This is coming from one more sailor than canoeist. I long ago tired of never having the right size bungee and finally broke down and bought 50 yard spool of 1/4" bungee cord. Seems like I have made them for ever hobby I have. Price was cheap and I buy bulk connectors for whatever the use is resulting in quite a few jars of misc connectors.
You must log in or register to reply here.