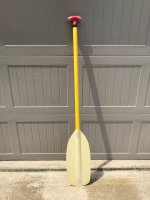 Bob Foote (and others) Open Canoeing the Grand Canyon

Socrates: "Know thyself." Me: As a paddler.

K
Event: Tripping in Canada's Little North - Stories, Techniques and Tips for All