Arrived at Attean Pond around 4PM on Friday. We had a few burgers in the upper parking lot, the lower lot was still closed off because it was early n the season. We were thinking we would camp there and leave early the next morning, we changed our minds and got on the water around 5PM. We figured we could stop at one of the campsites along the way before it got too dark.


We made the far end of the lake around 6:30pm decieded to push through the portage so we could camp on Holeb. We left the boats, took only our gear on the 1.25 mile walk. The trail wasn't too bad, a little bit of mud but the planks helped out alot. We were pretty much done by the time we got to camp, so we left our boats on Attean with plans to get them in the AM. The forecast for the whole weekend was supposed to be 60-70 F with 30-40% chance of rain. Temperature was perfect and the rain held off. The cloud cover at night really helped keep the temps warm so that was a plus also. This campsite was beautiful, no one around, big, with great views of Holeb.


Day two, picked up the boats at Attean enjoyed the nice stroll with the 85# canoes (I need to build a stripper) we left the campsite around noon. Nice breeze on Holeb turned up some 1-2' waves to keep me on edge. My son didn't seem to mind, but I'm not used to canoes so I was a little nervous. The canoes we had were pretty much barges so we never really came close to flipping. We found the outlet pretty easily and were soon on our way down the river. We arrived at Holeb falls around 4pm.


All of the campsites in this area were competely full. Unfortunately there is access from Spencer rips downstream, locals put in there and motor up the river with coolers and party. This makes for a loud busy campsite. We met some boyscouts there, they made some room for my brothers tent. They were taking up extra room to keep the partygoers away from the kids. I set up my hammock away from everyone in a rocky area where tents can't go.


Day three, headed out before the boyscouts and there 15+ kayaks. Mosquito Rips were pretty washed out, my son was disappointed but I was OK with it. We stopped and ate at Spencer Rips trying to decide if we wanted to run it or not. We were kinda hoping the boyscouts would show up so they could test the rips. They took too long so we chickened out and did the little portage. When we got to Attean Falls there was another group of 50 or so partiers yelling and telling us to go river left, my brother believed them and immeadiately went up a big rock and flipped. I went river right with no problem.


He was well packed and tied down so no real damage done, but it was still pretty irritating. We walked the first set of rapids and made it no problem so we chose to run the second without walking it. I guess we learned a lesson. We camped at the bottom of the falls on river left. Kinda small site but not too bad. Of course it's right on a moose trail so I was worried we'd get trampled in the middle of the night. But we survived.


Last day was an easy paddle out to Attean Pond followed up by a scary trip (for me) across the lake. We paddled hard and then hid behind island to rest so it worked out OK but I wouldn't want to be out in much bigger waves and wind.


The river sections were great, great scenery, it's too bad the campsites are so busy. The weather held off all weekend, it rained for maybe 15 minutes the entire time we were paddling. We missed all the bugs also!!
W

Pictures of the trip:

Picture link is asking for a login.

I could see the pictures, but I have a Google account, so that might be why. Very nice pictures, too bad about the crowded campsites.

not a google user. Can't see. But sorry you had crowding.. But so soon after ice out on a long weekend its to be expected. A lot of pent up fishing desire. I go in August usually and don't encounter crowding Ice was out just a week to ten days before.
W 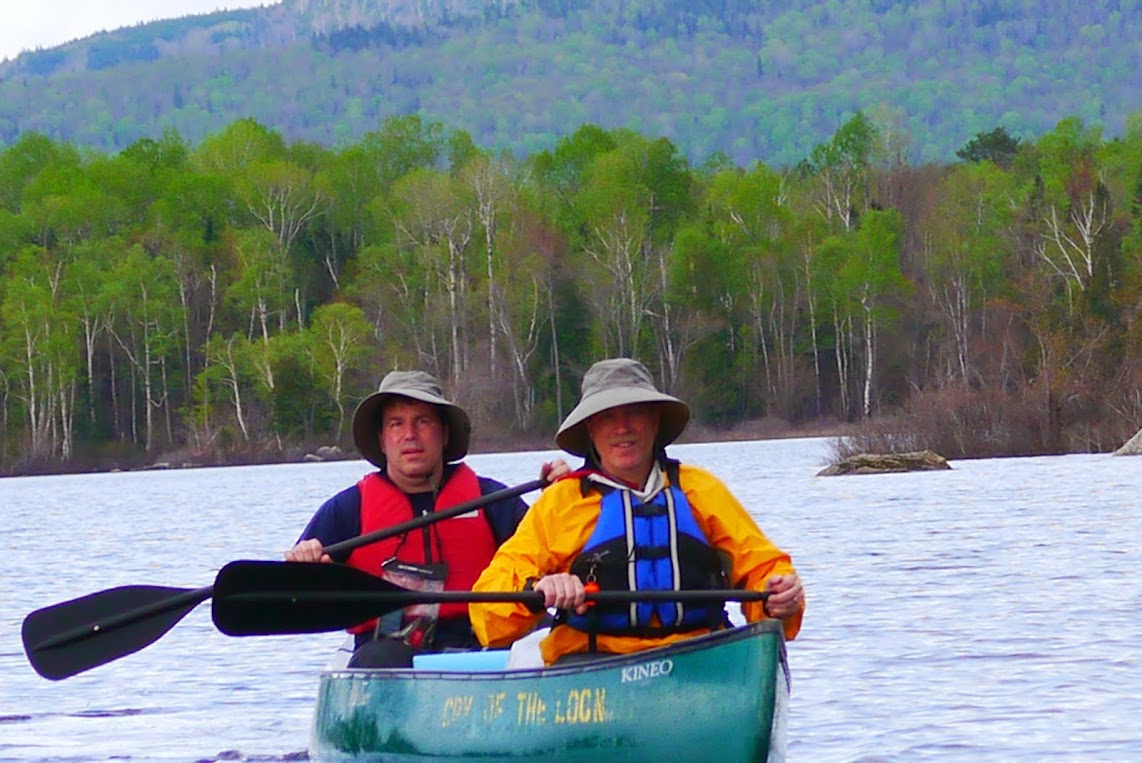 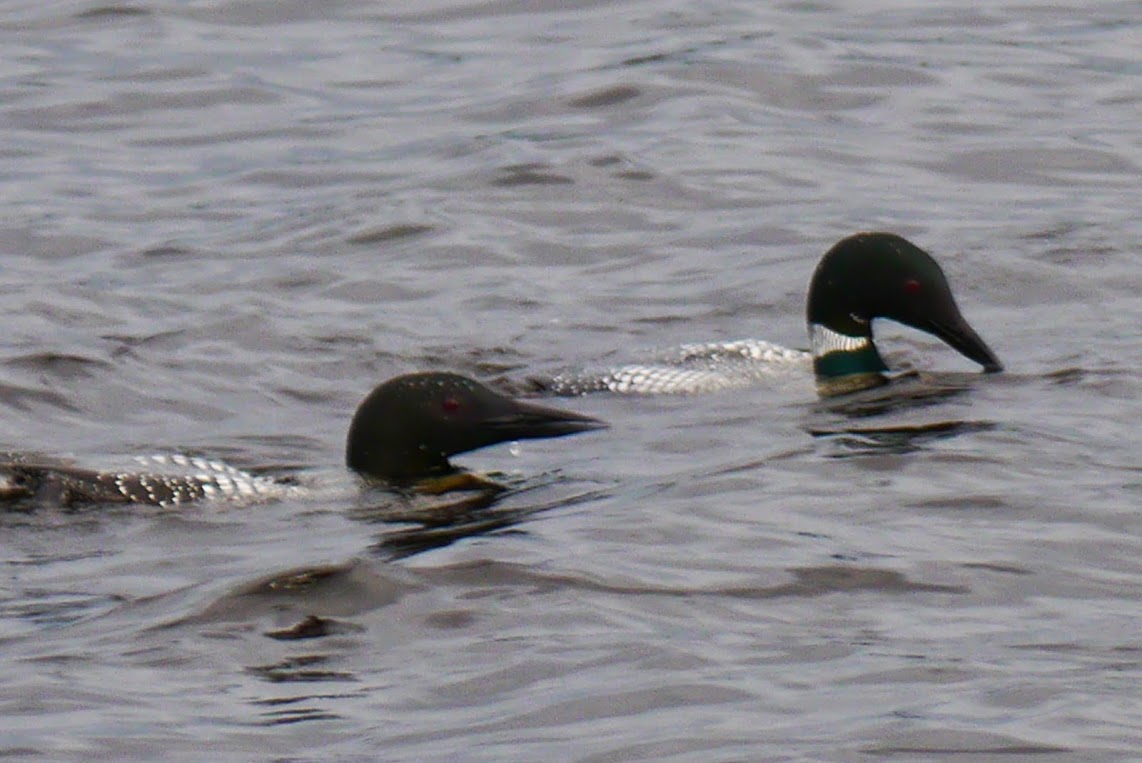 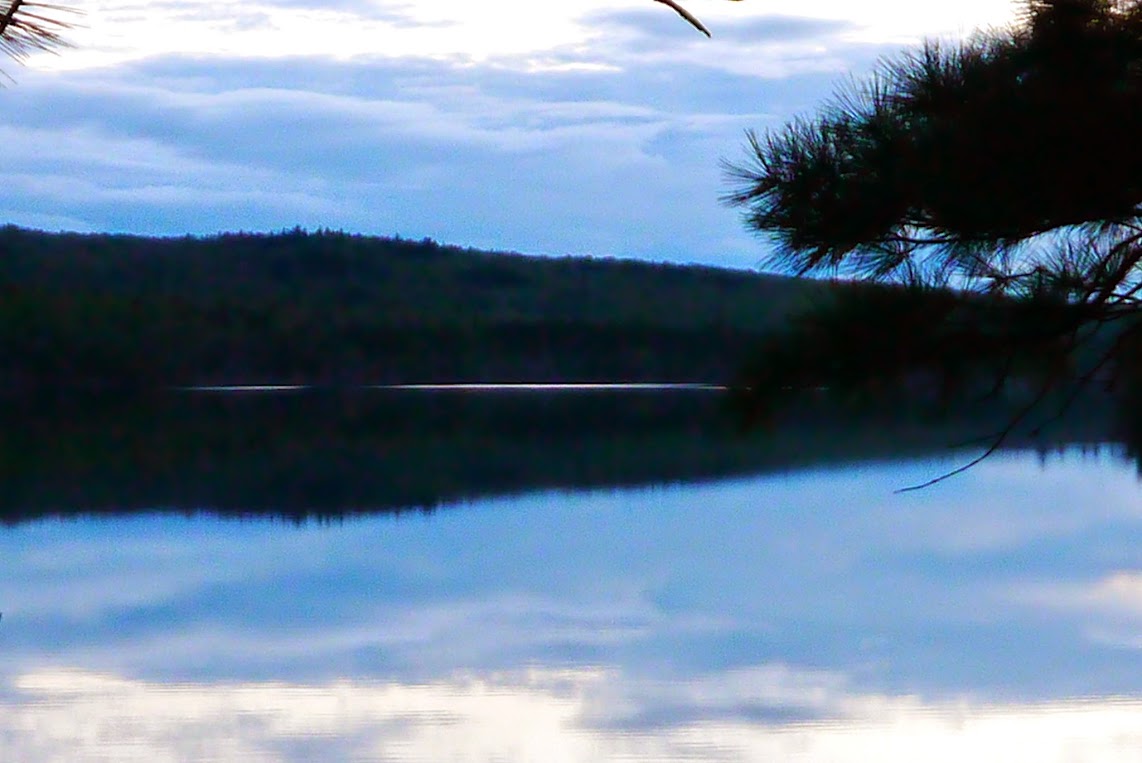 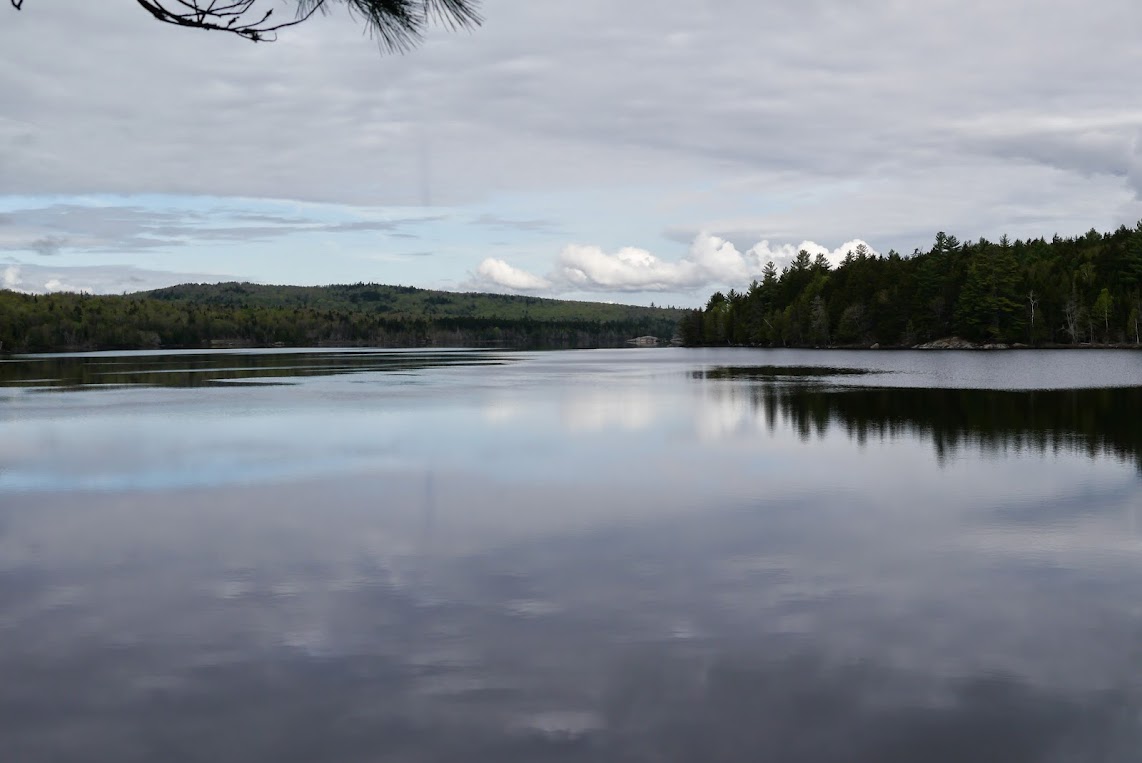 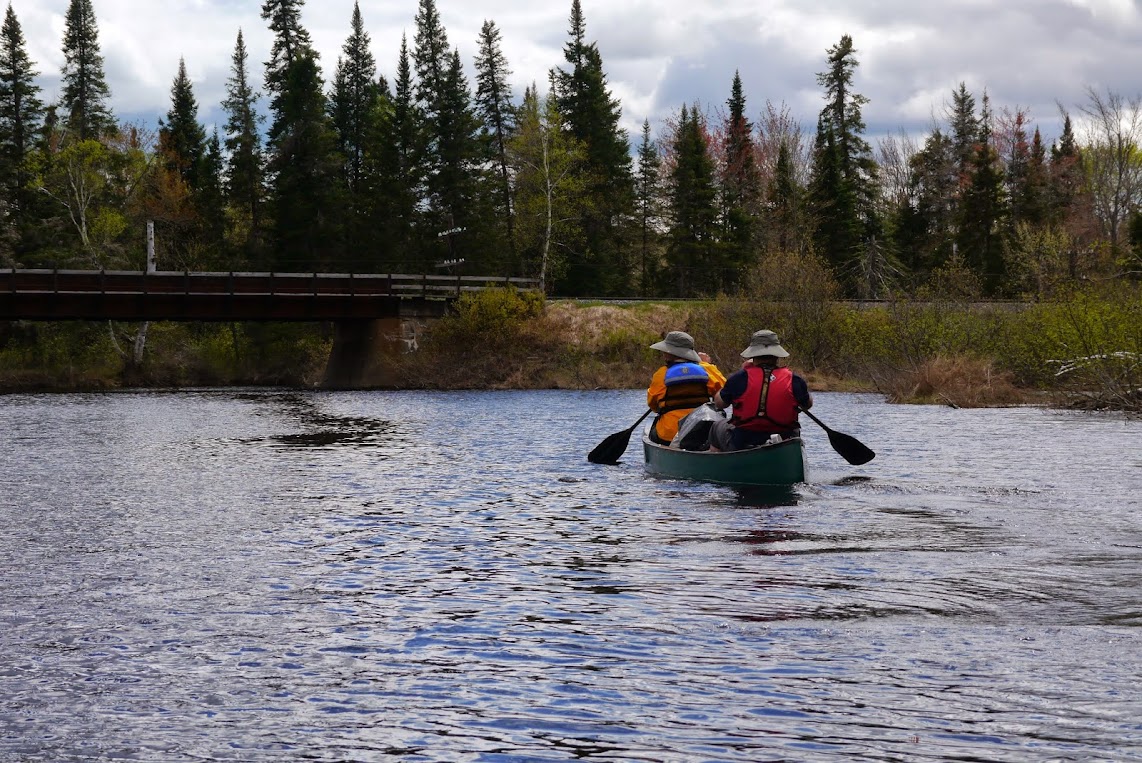 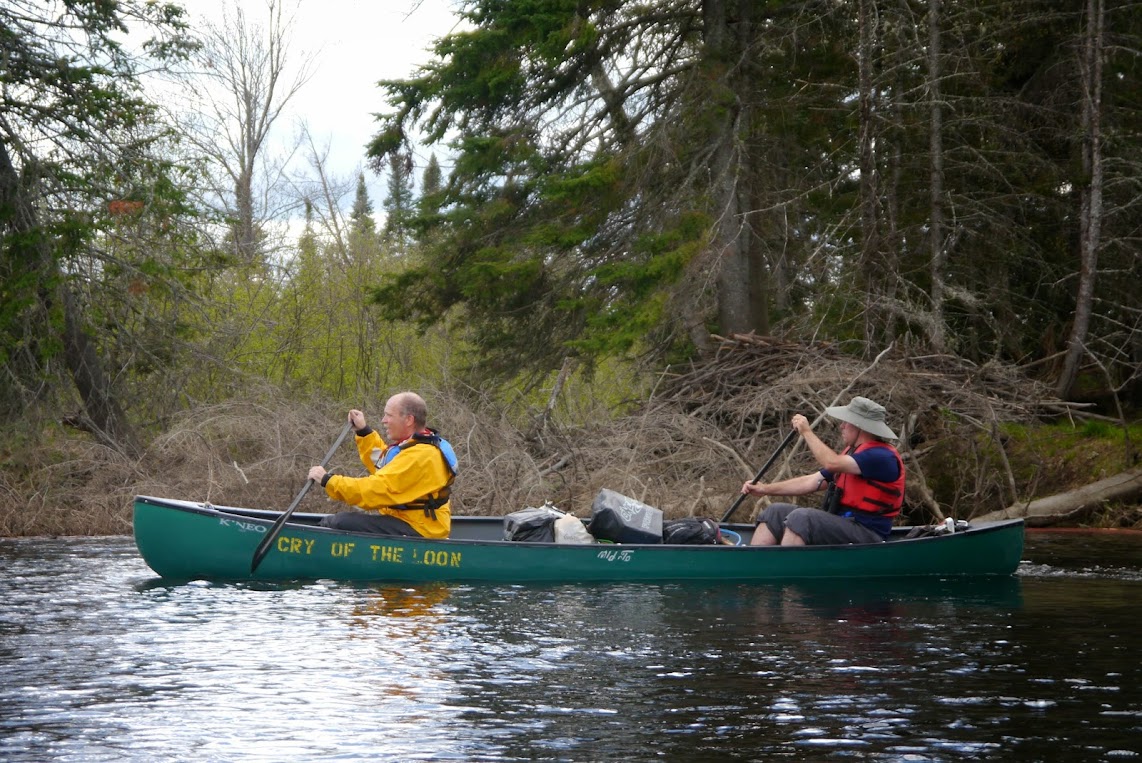 Chris and Marty Paddling on the Moose River 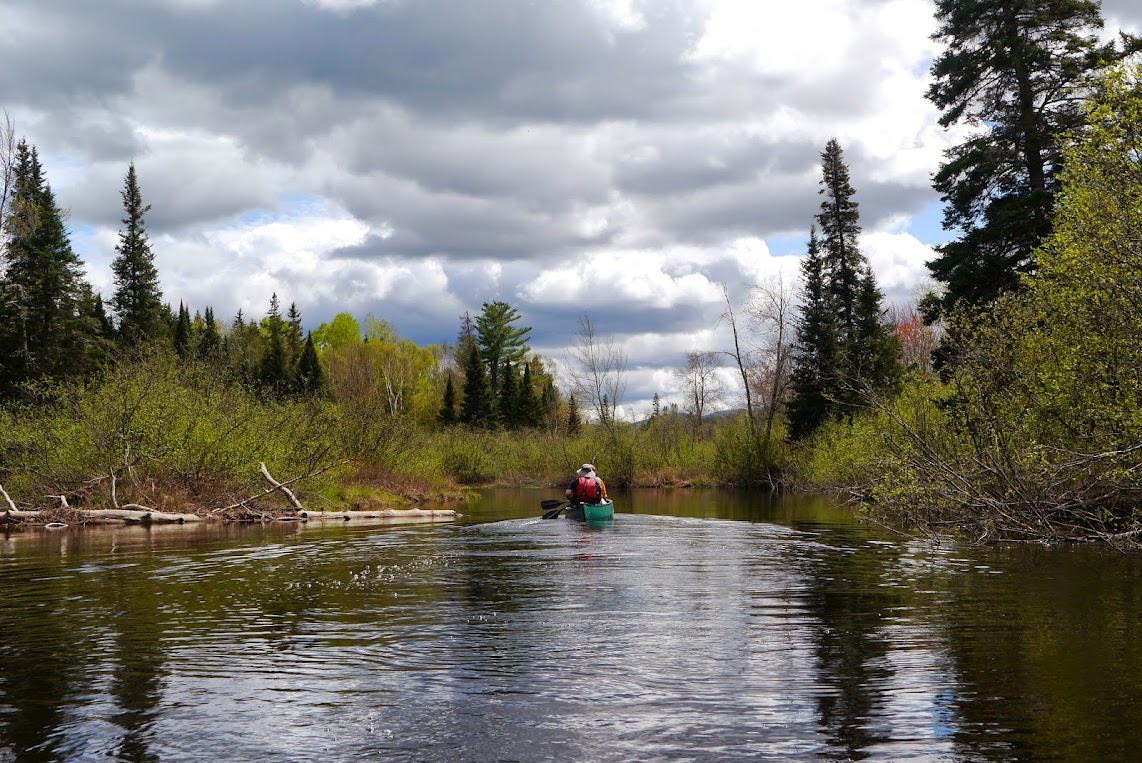 The scenery was awesome, I love this type paddling! 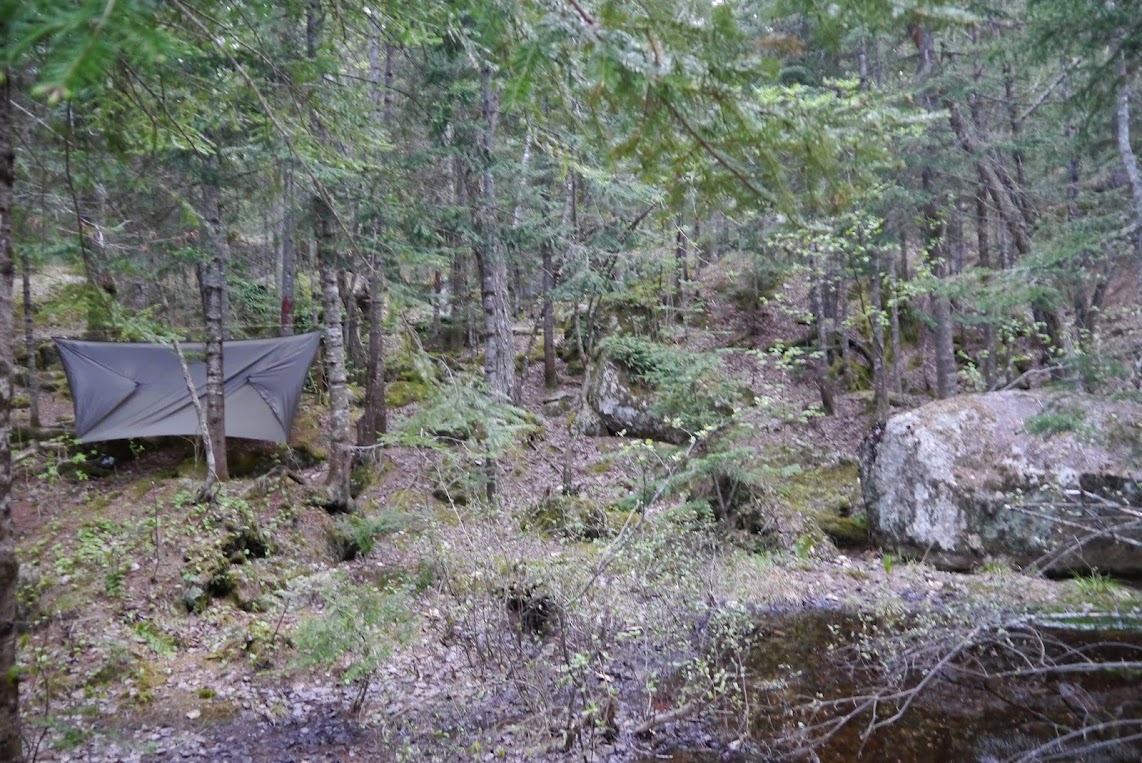 Second night camping at Holeb Falls. We got there late, and the place was packed the boyscout troop made some room for my brothers tent. The hammock made it easy for me, I just needed a couple of trees. 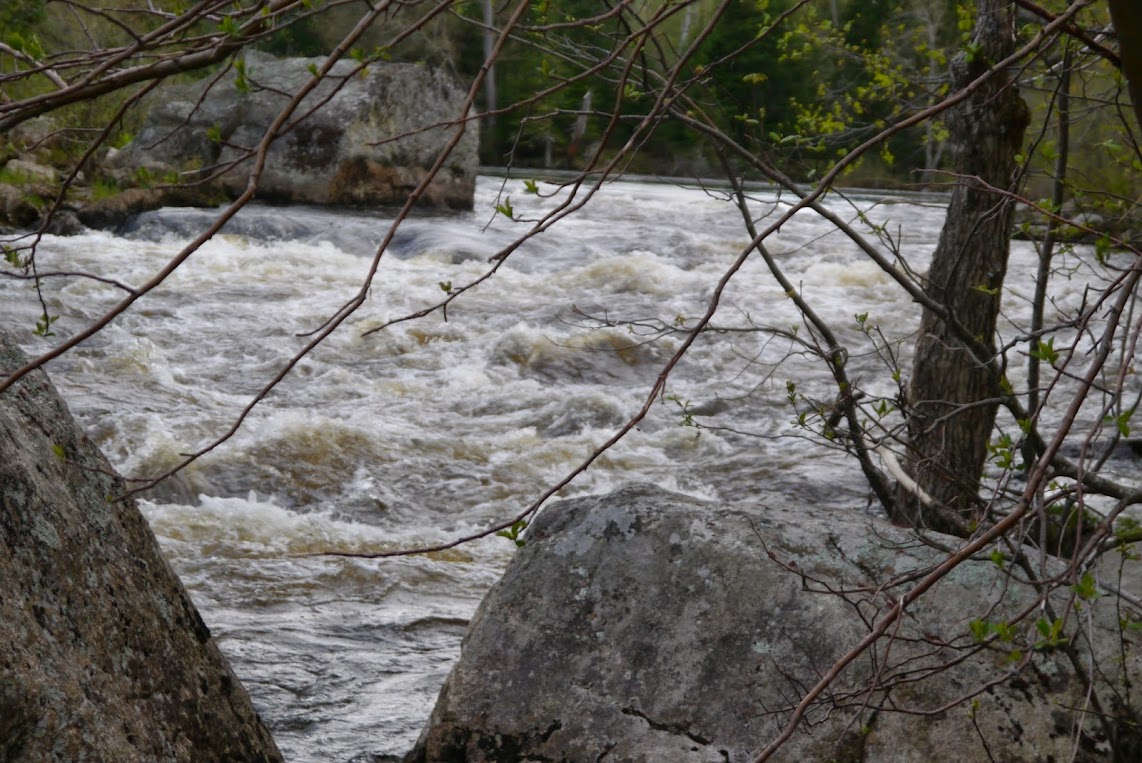 View of the rips after Holeb Falls 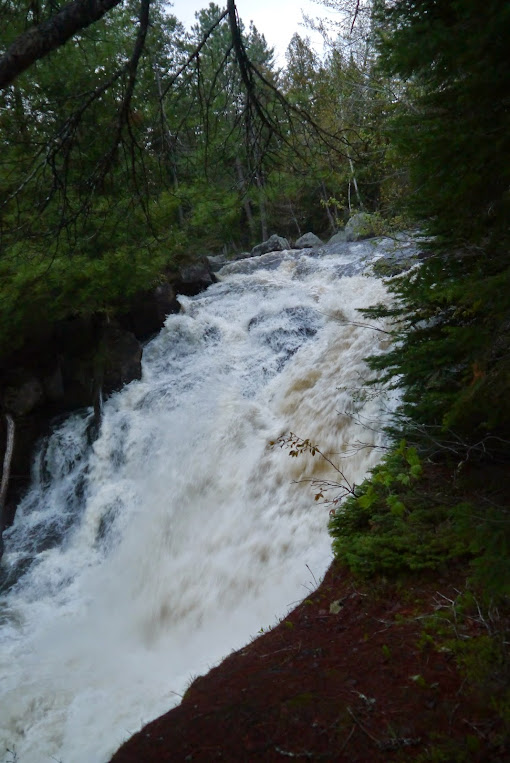 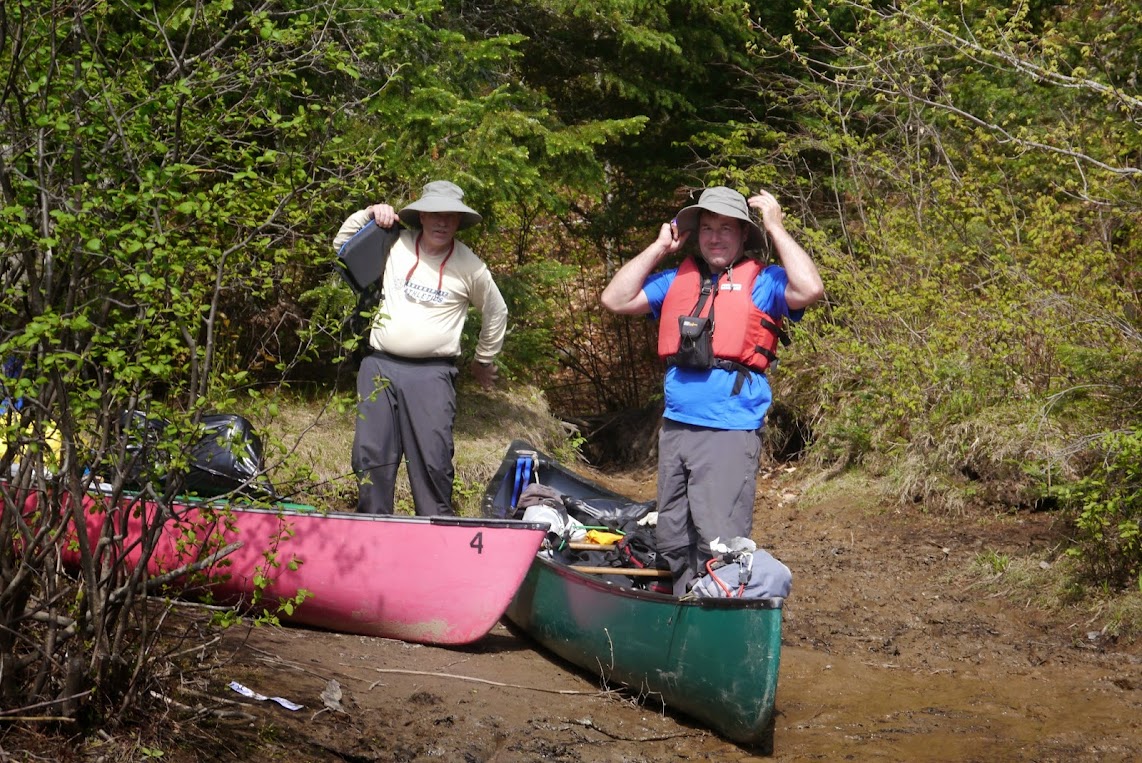 Leaving in the morning from Holeb Falls 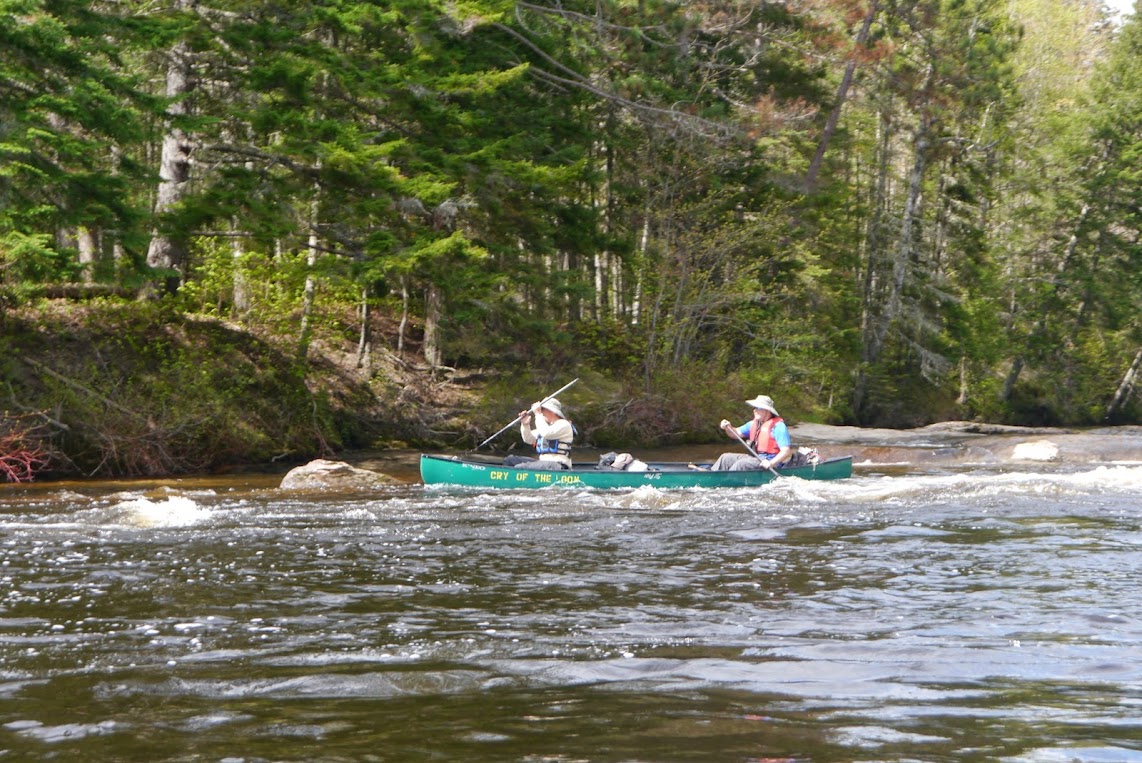 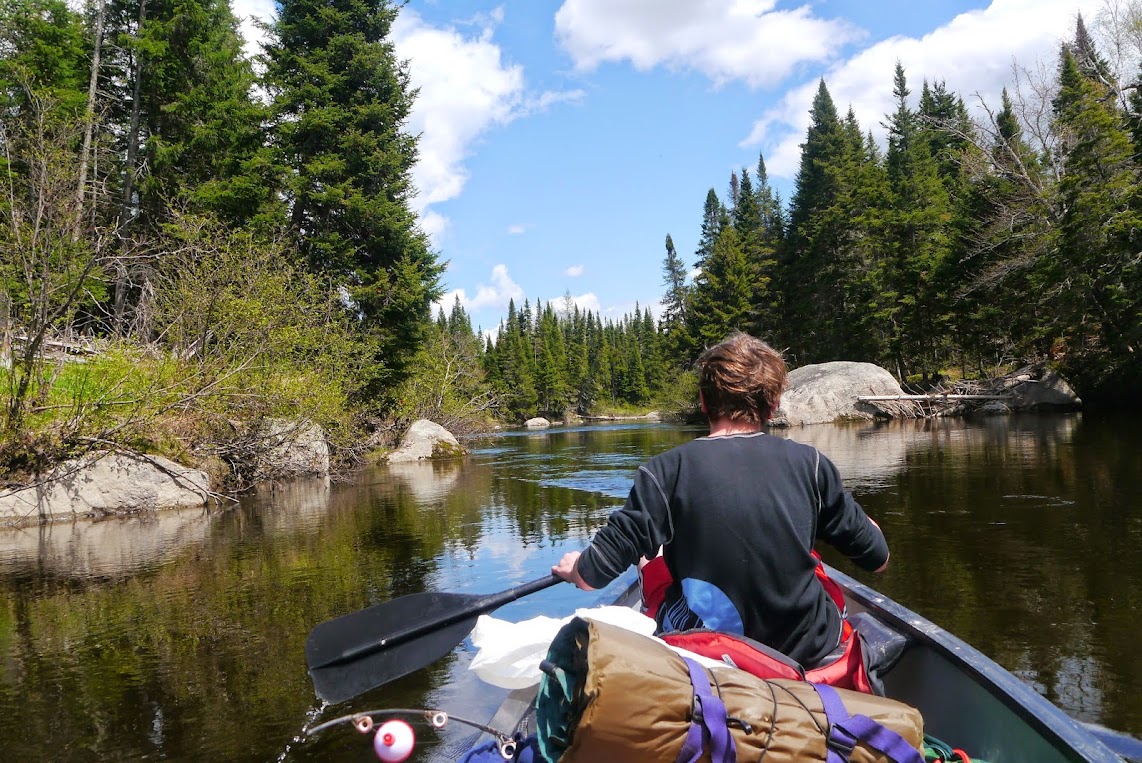 Jake had a great time, no complaints over 30 miles of paddling. 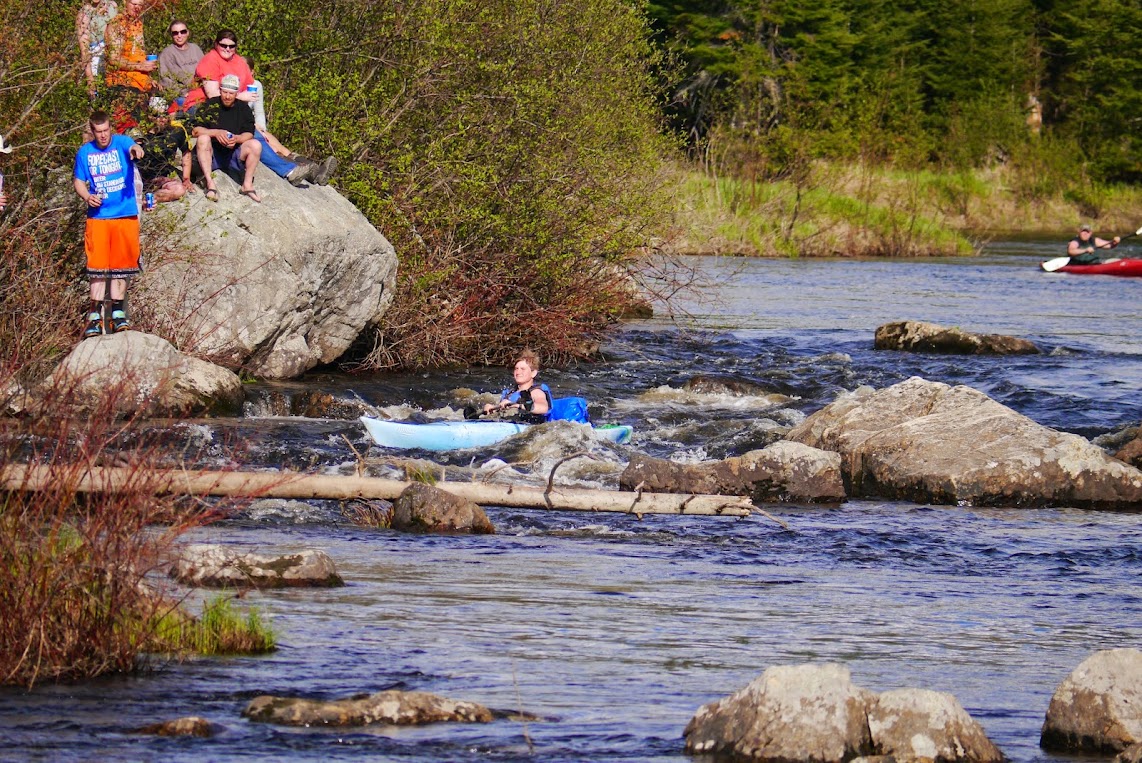 I think I got the picture thing figured out finally! YC the campsites weren't that big of a deal, the scenery was awesome, weather and paddling were great as well. It was a really nice trip. I think in my head I just expected it to be more seclude because we were pretty deep into Maine.

Thanks for this. I enjoyed your report and look forward to getting out someday.

We're going in next weekend to Spencer Rips put-in to party... chainsaw/come-along party that is. Gonna try to clear that big logjam that blocks the sidestream to the Holeb Falls portage.

Why is it called a Rip? Looks like rapids to me.

Rip is Maineglais for mild rapid
There is a Camel Rips nearby. I'll bet a hundred bucks no camel has been near it
You must log in or register to reply here.