My dad and I took a couple of his grandkids for their first canoe trip this past weekend. Just a few short miles down the river. Evan is 10 and Kayla 14 if I remember right. 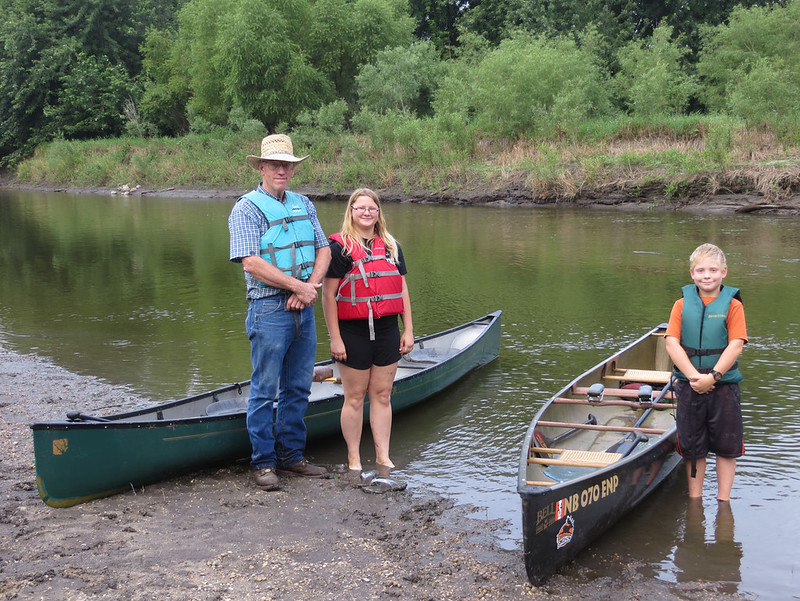 Evan was in my canoe and as we were loading up he asked if he had to paddle. I replied with an affirmative and when we groaned told him that paddling was the best part. I was a bit unsure how things were going to go at that point but he started paddling right off the bat and I had a hard time getting him to stop so we could just drift with the other boat and enjoy nature.

He was doing pretty good but it's hard doing all the steering from the front. Half way through the paddle we pulled the canoe over on a sand bar and I told him that he was moving to the stern. We loaded it up with rocks to adjust trim and away we went. He did remarkably well. I really didn't do anything and any time I tried he'd say, "no, I've got it." Sometimes he did and sometimes he didn't but overall I was very impressed.

The paddle ended with a run down the "rapids", if you can call them that, that the kids loved. The takeout was below the rapids and Kayla tipped the boat when exiting. She was in 6" of water and my dad, in the stern, was in 6' of water. We all got a good laugh out of that. Evan wanted to run the rapids again so I told him to just walk upstream a ways and swim down them. He didn't quite know what to think of that but finally I convinced him I was serious and that he'd be fine as long as he didn't try to stand up. The kids had a blast swimming the rapids and soon all four of us were doing it.

That night my dad told Evan and Kayla that they could have is old 12' Dolphin canoe. Next day they were out at the local lake with the canoe and the motor boat pulling around the inner tube. After quick rides on the tube Evan and Kayla got in the canoe and paddled all over the dang lake, forsaking more inner tube time. I was out walking my dog and watched them for a while and they were actually doing really good. Evan even took it out himself at the end of the day.

Next day I convinced my dad that he and Evan need to build a small, lightweight, canoe together that Evan can handle on his own. 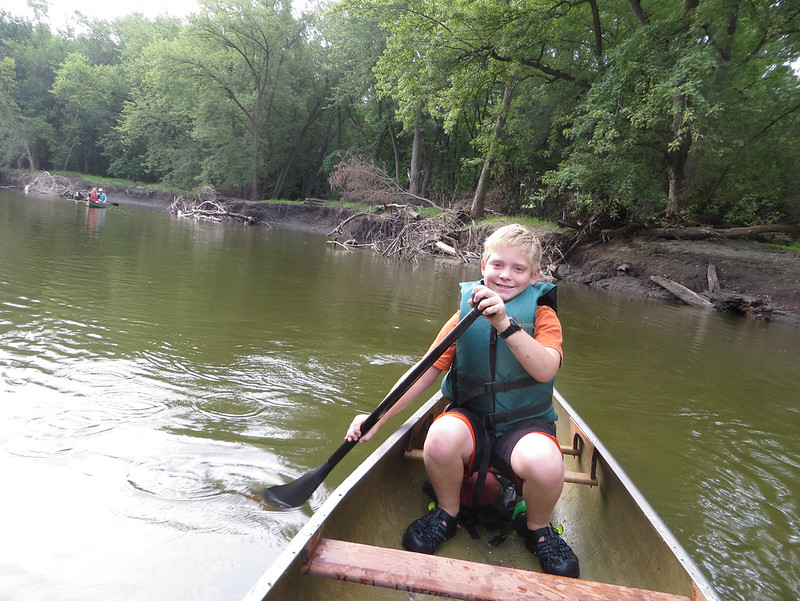 "No, I got it." Those are some of the most delightful words a grownup can ever hear from a youngster. The growth of confidence and knowledge in a young heart and mind brings double the comfort to their older folks. "Just a few short miles" will lead to a life of discovery for these two young paddlers. Thank you Alan for sharing such a happy day out on the river. You made my day.
Brad

Very cool. Nice to hear of youngsters getting into the world of paddling.

It's so nice to see the smiles! My grandsons paddled a RapidFire.. for seven miles. One had a double and the other in the stern had a single.. Not technically doing much but they had fun.. The pictures of course are on my grandsons phone.. I had forgotten my camera DOH!

Now your kids forwent tubing of all things for canoeing? I doubt mine would.. they loved being hauled around at 30 mph in a float tube by a motorboat.!
You must log in or register to reply here.

Poll: Tobacco & nicotine, and canoe stories about use
2

Owning a canoe while living in a city, apartment, condo or high-rise