Some canoe hunting pictures I found

Just killing some time before I have to go outside and fire up that old John Deere to make the 12" snow gone. I asked herself to give it a go, but she's home from work today and says she eared he day of rest, plus she says it's a guy thing.

An old timer with a wood canvas and a nice deer

Me and oldy moldie back when

Oh man,that was great. Best.thread.ever. Warmed my heart up hugely on this cold day. I really loved the candid of you and OM, that's priceless.
O

Well Memaquay, maybe it'll help if I give you some background on that picture. Of course that's Robin in the front with the rifle, that's just about the time he was discovered by the Hollywood agents and taken off to be in the movies (and a sex object for millions of women). That lump in the back is me, I was fitter then; notice I've still got my left foot on the bank and we've got a pretty good bow wave going, now pard that's acceleration!

Robin took me along with him to Hollywood; he needed somebody to carry his bags and open doors (and drive home the tired but happy starlets). It was a great life but it took it's toll, in that first picture he's 25 or 26, I can't remember for sure. In the second and last one he's not quite 30. You can see what burning the candle at both ends does to a young fella. In self defense he had to grow that beard to hide from all the rambunctious women. Ah...but what memories. He was darn good with that longbow too; Robin do you still use that bow to hunt with now? Anyways, he decided to change careers to something a little less stressful.

Sometimes I think I was born in the wrong century. Other times, I know I was. Thanks for sharing.

LOL, Rob, that's some funny stuff. I'm sure Robin would retreat back tot he stresses of Hollywood sometimes, particularly when the offshore spammers start begging for his attentions!

HaHa, funny OM. Talking about movies, I've been out learning how my new GoPro movie camera works, hooked it to the tractor while plowing yesterday...very boring results, but it's fun learning what works and what doesn't. Now if I could figure out that Windows Movie Maker I might be able to cut an hours worth of video down to 2-3 mins of interesting clips.

These canoe hunting pictures really give me the urge to get out there again. Last week of October, Lows Lake, NY again this year for a weeks canoe in deer hunt.

I have plans for next October as well. My buddy and I have found a secluded little lake, close to town. Only way in is by man-hauling, so naturally, there is no-one going there. We're going to set up moose camp there. Saving for a snow trekker tent right now, my wife wants to go as well, but only in the comfort of a fully heated tent.
C

Geez Mem, that sounds like a pretty sweet deal. A real live sleeping bag warmer while on a backwoods hunt.

Ha ha, she likes to cook too, although she's not into the shooting part, which is fine by me. Had moose last night that she cooked, it was awesome, although not harvested by my hand, a donation from someone who took pity on me getting skunked the last two years.

How about something more recent? 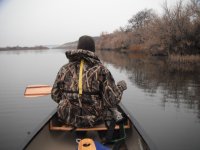 Unfortunately, I don't get the camera out much when we're hunting. This one is a few years old. Good day for ducks. We float close by the islands and try for the ones that fly out of the bulrushes as we approach. Bow man shoots, stern man paddles. 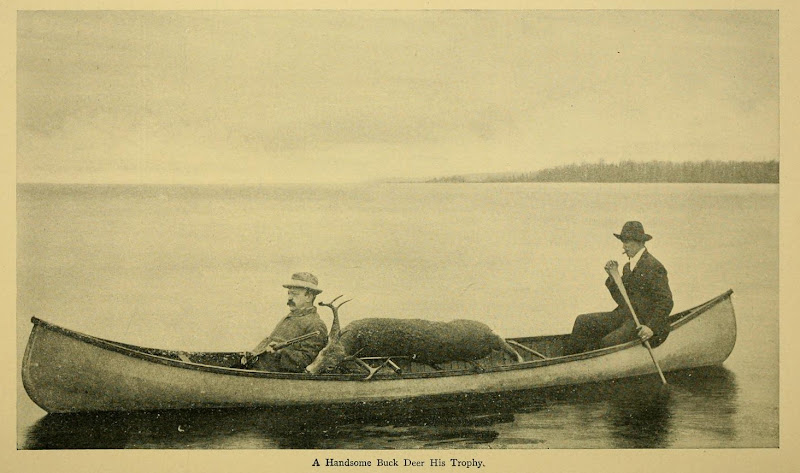 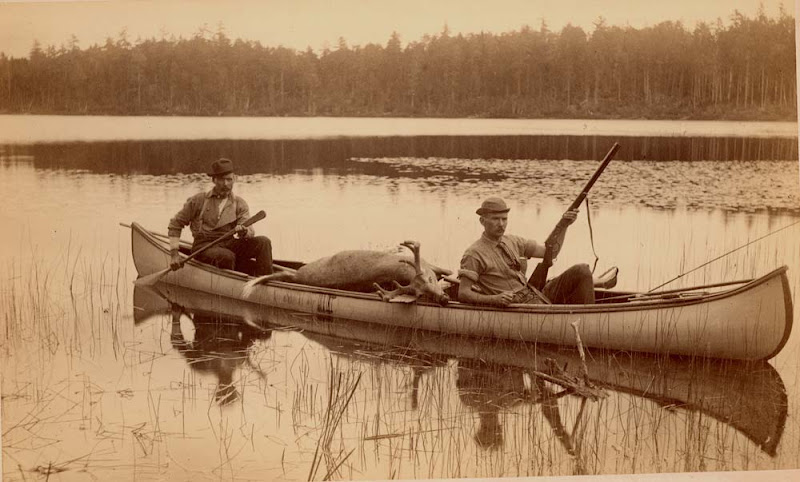 Those paddles are starting to grow on me. I think I may need to add one to my must have list. Thanks Murat.
You must log in or register to reply here.