Do you see a lot of wildlife on canoe?

Yes, today's viewed list includes bald eagle, a beaver family, hawk, wood ducks, geese, small mouth, water snake, several whitetail deer. Not sure if this is a water snake, or just a land snake out for a swim. 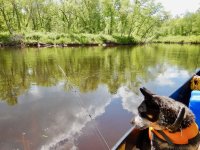 PaddlingPitt said:
Not very many in the herd wearing PFDs.
Click to expand...

Yes, but they have youth, coolers of beer, aluminum canoes, and are thus invulnerable. 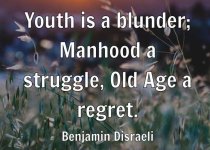 Over the years I've occasionally been in the right place at the right time often enough to have seen wildlife from my canoe. It always helps to be in the habitat of the particular species you're hoping to see but you never know. Animals do wander. Moose, bears, otters and ducks. Osprey, eagles, snakes, and turtles. Got caught in the middle of a domestic between two very angry weasels. The loser ended up making a break for it swimming across the lake. And then there are of course the placid loons. Never fussed nor bothered much by quiet paddlers, just slipping quietly below to reappear some distance away, or the parents with downy chicks on their backs riding the gentle waves. We give each other a wide berth. I never tire of spotting mergansers skirting the shore followed by flotillas of their young like a daycare outing heading to the playground. And spying otters swimming a few yards ahead as though they're escorting us thru their tranquil neighbourhood. Beavers have attitude, or so it seems, either gravely suspicious of these paddling interlopers (as they should be) swimming back and forth back and forth keeping an eye on our slow progress, or suddenly fed up with us and throwing a hissy fit with a loud slap of the tail and the disappearing act. I've seen way more bears' bums than their muzzles. Perhaps that's a good thing I don't know. I love it when moose ignore you as you glide by from a safe distance, cow and calf unperturbed pulling up lily pad tubers in the early morning mist.
The other type of wild life mentioned above have been a rarity in my experience. Those animals seem to frequent parks and places with easy access. I have been counted in that crowd tho' I am not so young anymore and lack the hormones and energy to party quite that much. The noise and disheveled revelry has always been a turnoff to me. My type of party has always been seated around a low fire trading stories and quiet song. On our recent "stag" canoe trip every afternoon meal evolved into an evening such as this; soaking up being in the right place at the right time with the right company. There was a certain somebody who kept falling out of his chair (it wasn't me) but we all good naturedly blamed it on the chair and it's placement. Not the scotch, not the beer, and never the Irish whiskey. Personally, I blame it on his Birkenstocks. Silly sandals for a canoe trip but I love the man so I give him a pass.
My favourite kind of "party crowd" encounters have all been of the youth camp variety. I love meeting young people and their leaders trooping across a portage or streaming across a lake, their enthusiasm written on their faces. Some have been in aluminum canoes hauling bags of different colours while others have been in wc canoes with wooden wannigans. Always friendly, always courteous, and still full of youthful positivity. As much as I try to avoid encounters of the human kind on canoe trips I do love these brief meetings. I count those as being in the right place at the right time, all of us wandering in our chosen way.

Otters, beavers, blue herons and bunches of turtles. We had an eagle fly just over our heads checking us out one day. 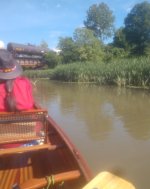 do trains count? One fall morning we were paddling up a slow moving stretch of river, there was a deer standing out toward the middle where it was shallow, and it was watching us coming toward it. I guess it couldn't figure out what we were. We were moving slow and quiet. We got with in 20 feet before it bolted off.

I just started documenting trips and I dedicated a bit to some of the wildlife we see down here in Texas. We also saw feral hogs, but I was not quick enough with the camera to get any footage.

“My main hobby is going out to look for wildlife. Generally I drive around and walk very early in the morning or late evening.”

Cars make noise. Even walking quietly makes noise. You will be delighted with the potential stealth of a paddlecraft.

Paddling at dawn, or starting a half hour earlier at false light before actual sunrise, is my favorite way to see critters, and enjoy other things, especially once practiced at paddling and floating quietly. It’s not a race, it is a silent observational float

A blackwater river in coastal NC. Came around a corner at dawn and, what’s that in the Cypress tree leaning over the river? It’s two bear cubs, and mamma is grunting at them, or me, stationed at the bankside trunk. I’m not religious, but I was praying “Please cubbie, don’t slip and fall into my canoe, I don’t want to deal with mama”.

Also coastal NC, but an infrequently paddled section of another river. An Otter popped up between a flotilla of canoes, and swam back and forth having a good long look at each of the paddlers. He must have liked what he saw; he playfully accompanied us for a ½ or mile or more down river. Charming to meet you.

A different cypress swamp trip further north, on a teensy, twisty creek amidst the knees. We had inadvertently timed it for peak Blacktail Skimmer season. There were thousands of those dragonflies, on the cypress knees, on the narrow bank, on the gunwales and even on the paddles and the brim of my hat. It was a weird fairy land worthy of slow, quiet, gentle appreciation.

A marsh float, up a narrowing gut too skinny for anything but a canoe, to a basin pond absolutely covered with Canada Geese. A single duck, in their midst, saw us first and took flight. Followed a split second later by a thunder of goose launches, every goose on the pond in a layer three feet thick. That photo hangs on my shop wall.

A swamp float, likewise inadvertently timed, for the peak of the Phothonotary Warbler migration. I had seen a few previously. Never hundreds in a single trip.

Dawn, or slightly pre-dawn, is my favorite critter time. Dusk less so. Night floats are fun, but you won’t see bupkis. Although it is cool to hear Bard Owls calling back and forth across the river in the black.

Bank narrow creeks, swamps and marshes are all good. Silent floating is better. Keeping your eyes, and ears, open is better still; so many little forest sounds and twitters at dawn.

There is paddling technique for quietly “sneaking up” on bankside stuff, slow motion, unnoticed in-water blade recovery. And, if your thing is seeing wildlife there is a lot to be said for camouflage. Not fully woodland camo’ed hull and clothing, although it probably doesn’t hurt.

Something as simple as a Swiss Cheese drilled T-bar on the bow deck plate, festooned with branches (please not invasives, pin oak branches work well in the fall/winter), can make a quietly paddled boat look like just another log floating downriver.

Mike McCrea said:
There is paddling technique for quietly “sneaking up” on bankside stuff, slow motion, unnoticed in-water blade recovery. And, if your thing is seeing wildlife there is a lot to be said for camouflage. Not fully woodland camo’ed hull and clothing, although it probably doesn’t hurt.

Something as simple as a Swiss Cheese drilled T-bar on the bow deck plate, festooned with branches (please not invasives, pin oak branches work well in the fall/winter), can make a quietly paddled boat look like just another log floating downriver.
Click to expand...

I never wear camo and don't do anything besides being quiet and still when required so I don't know what the two Bonaparte Gulls were thinking when they landed in my ceder strip boat with me, but it was cool.
You must log in or register to reply here.