This trip is a few years old now, but for those have never seen this, you may be entertained...
I was chatting with a semi local guide book author, he mentioned that the DEC might cut a trail from Harris Lake to Newcomb Lake. This piqued my interest and I then stumbled upon an E R Wallace Guide to the Adirondacks from 1890something or other. The old guide book described a simple trip, up the Hudson , then up the Newcomb to Newcomb Lake. I researched. All state land, no formal or informal carries along the route. River looked sketchy, but it was worth a look.
I did a solo bushwhack from the Lake Harris campsite to the banks of the Newcomb river, only 3/4 mile and not too hilly or soggy. And there were some unique views of the highs peaks.
Convinced that this was a viable trip, I talked some of my paddling/camping buddies to join me on an empty boat, day trip recon. We would carry and paddle our boats in and out like the wind, just to check out the paddling and carrying situation.

Well, 5 hours into it, we were nowhere near our goal, and it was time to turn back, lest we bushwhack/carry in the dark. The stories of this aborted recon still resonate today. Without supplying any detail just now, I'll just say that 4 out of 5 paddlers thoroughly enjoyed the trip. That story is for another time.

The next spring, we would paddle and carry in with our gear for a few nights stay at Newcomb Lake, I amanged to convince my son, his fiance, and a few other unsuspecting souls.

We started as usual, with a stop for breakfast at the Black Bear Diner in Pottersville. 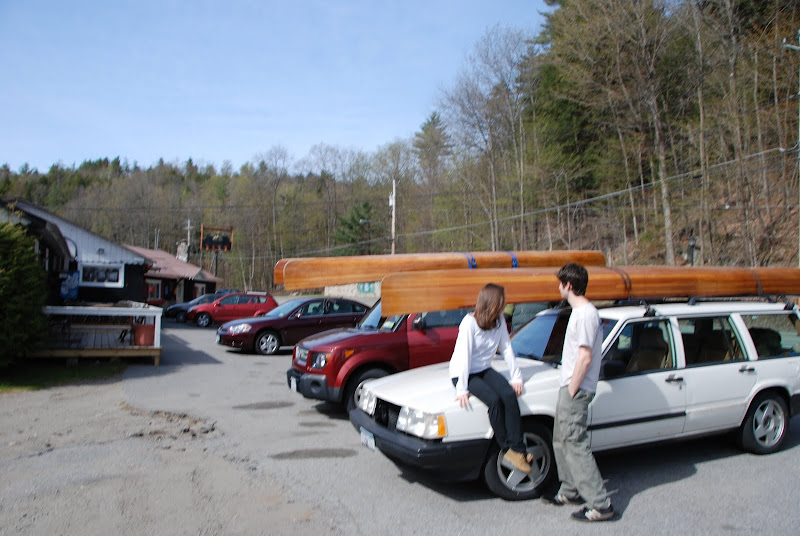 We arrived at Harris Lake shortly, and cut across Harris to the still closed for the season campsite. 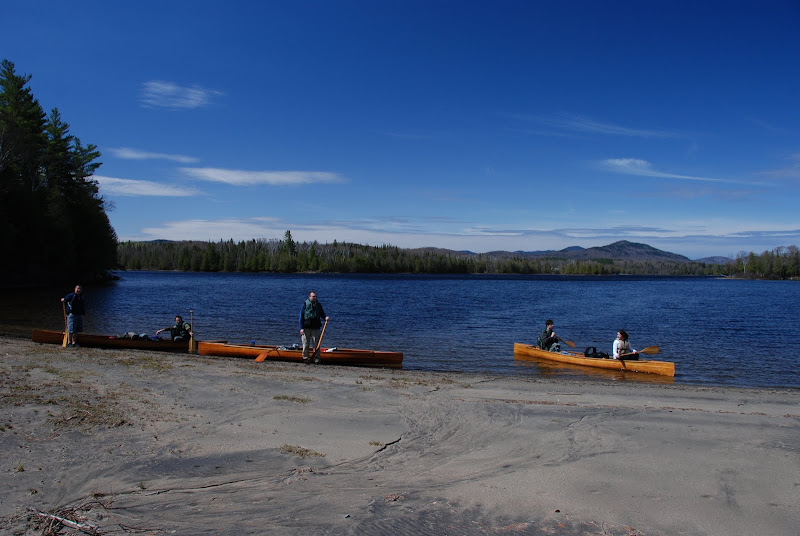 We then carried to the Newcomb River...the views were great, and there was still some remnants of the snowfall from a few days before. 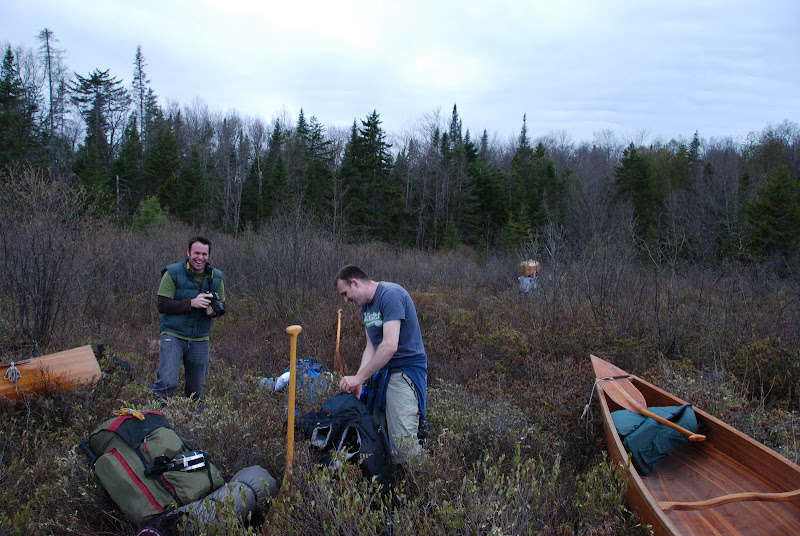 There were only a handfull of beaver dams to traverse, and some rapids to carry around. Remember, no trails. No paths. Not even foot prints. But, plenty of deadfall, and tightly packed Spruce. 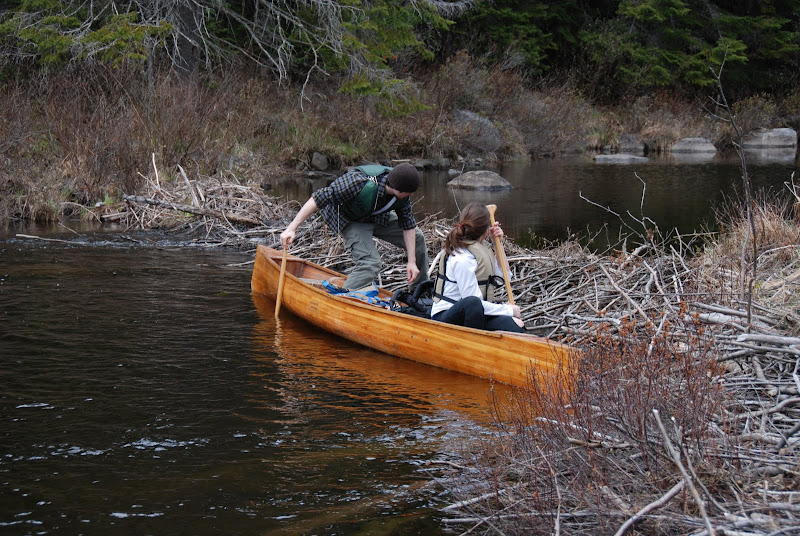 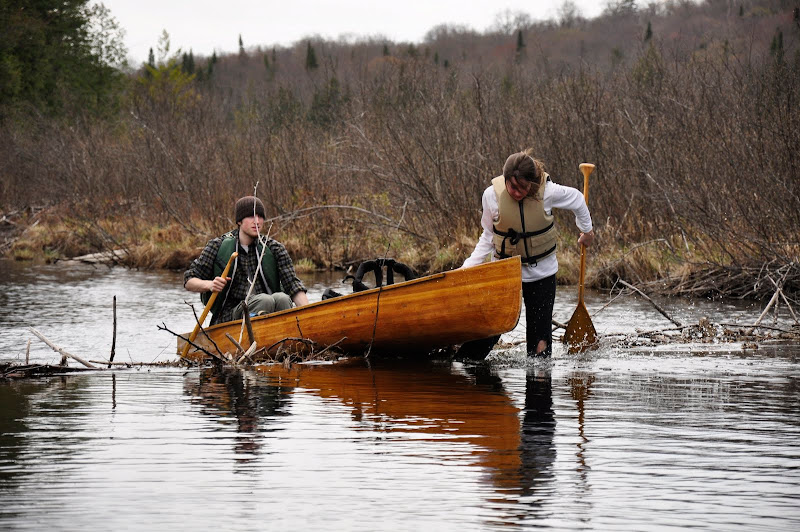 Oh, did I mention that I tweaked my back just the week before? Yeah, there was that too.
And deadfall, lots of deadfall. I specifically planned the trip to be before leaf out and before the bugs. 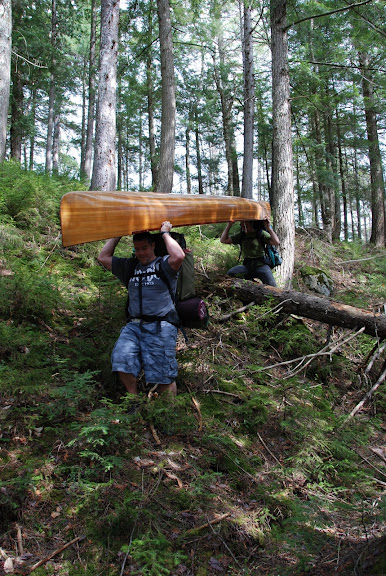 After a short 10 hours of non stop paddling, carrying, sweating and bleeding, we made it to Lower Duck Hole, just a short, directly connected paddle from Newcomb Lake. 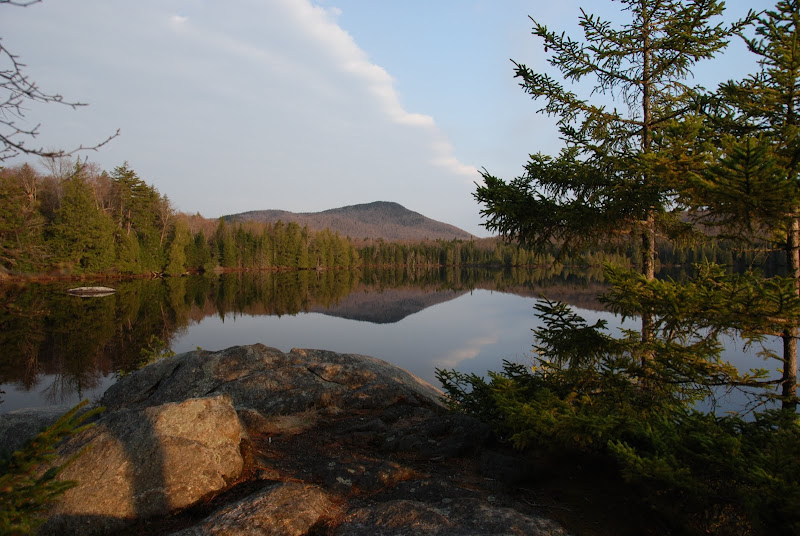 We found a spot at the Fishing Rock lean to, just as the sun was setting.
We slept well that night! 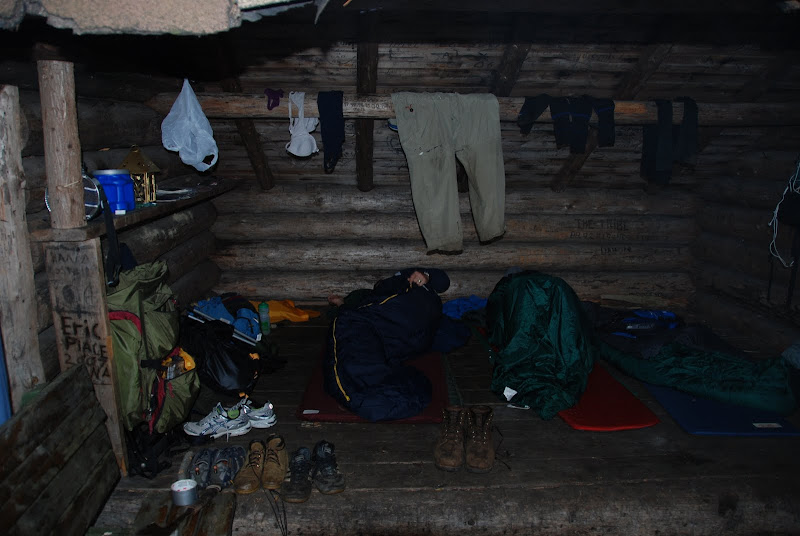 We hung around for the next couple days, with each day getting warmer and the black flies starting to hatch.
We toured the great camp Santanoni... 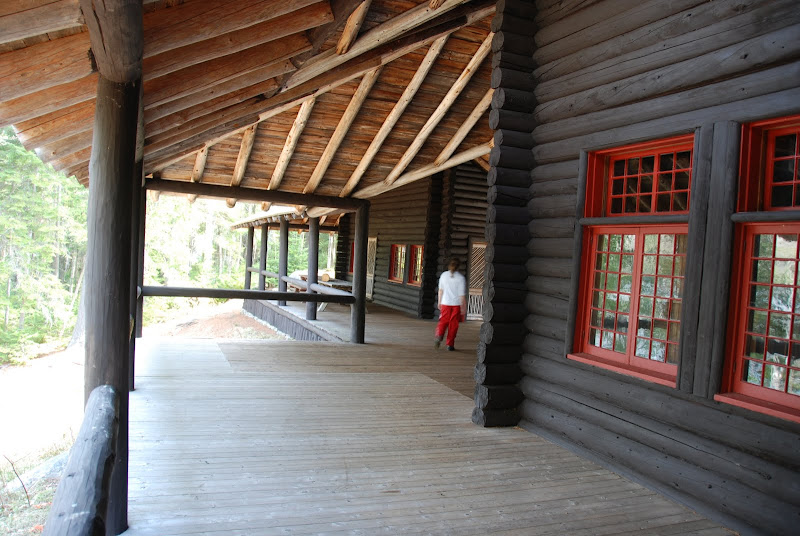 It was easy to see why that site was chosen for a great camp.
Here's the view from the rebuilt boat house. 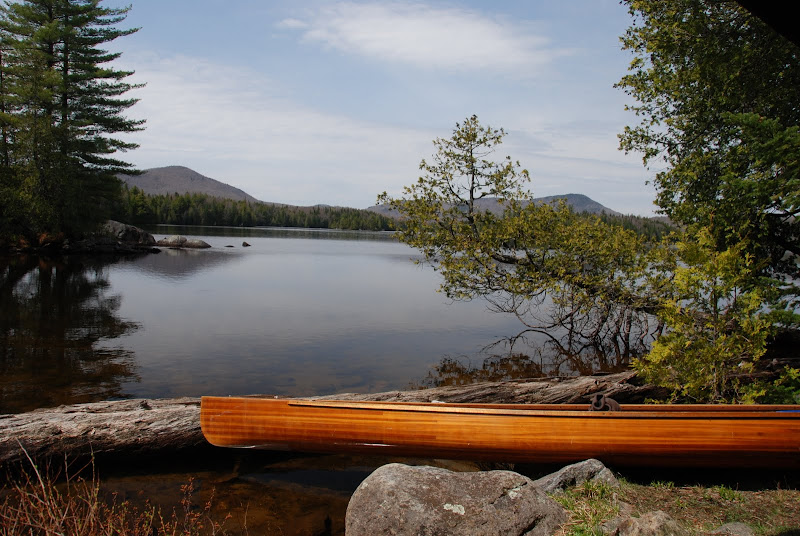 After a few days to forget the ordeal of our trip in, I was still dreading the trip out. I casually mentioned that we could carry out on the 5 mile long carriage road.
Aparrently, everyone else had already made that decision!! We stopped by the old farm site on the way by... 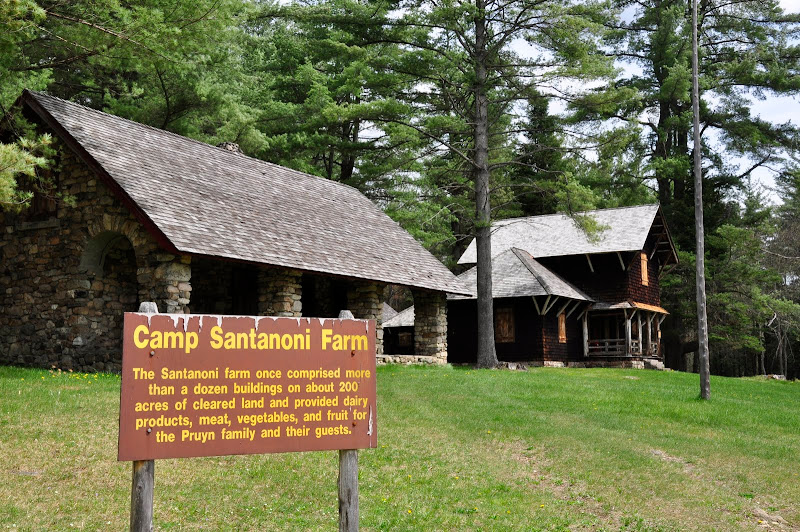 And just like that, it was done.
Except for the blisters and memories.
That trip has since become the gold standard by which all of our other trips are compared.
G

Great trip report. You have an artist's eye and those comely boats spruce up your photos more than any spruce. I love the empty buildings. I took a fall trip once and stumbled across various abandoned things, such as an amusement park with rusty rides and an old, rotting paddlewheeler. I wish you'd been there with your camera and your artist's eye!
You must log in or register to reply here.