Laughter is the best medicine 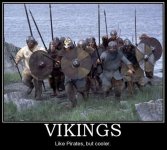 My Grandpa used to tell me to only date ugly girls. When I asked him why, he said "a pretty girl can leave you".

Yeah Grandpa but an ugly girl can leave you too, right? "Of course she can, but who cares"? 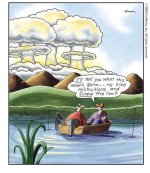 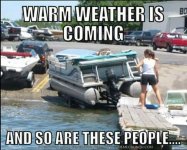 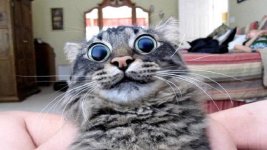 Waiting on Ice Out! 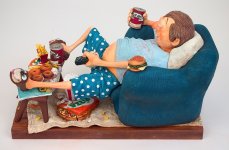 Once upon a time there was an old farmer in West Virginia. His son Zeke was very bright, and was awarded multiple scholarships to attend college. He was the first person in the family to have a higher education.

When Zeke came home for spring break, he took a trip with his dad to the general store. The usual gang of loafers were sitting around the wood stove, drinking RC Cola, chewing tobacco, and telling lies.

The farmer wanted to show off his educated son.

“Zeke, say something in that there Algy-bra,” said the father. “I always wanted to have somebody in the family who spoke a foreign language.”

Zeke was pretty flustered, and blurted out, “Pi R Square!”

“Confound it!” muttered the farmer. “What in tarnation are they teachin' you at that there college?”

“Everybody knows pie are round! Cornbread are square!” 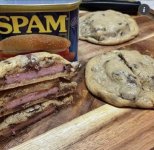 Some things can't be unseen! I just packed a can of spam for my upcoming trip, think I might unpack it now (and send it to Alan Gage).

memaquay said:
Some things can't be unseen! I just packed a can of spam for my upcoming trip, think I might unpack it now (and send it to Alan Gage).
Click to expand...

Yes I agree, a waste of a perfectly good can of Spam. OTOH I'd be surprised if Mem's arsenal of instruments don't include this: 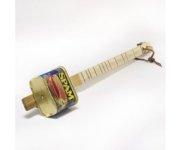 I'm not sure it's as good as Spam 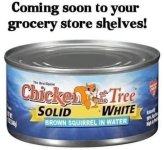 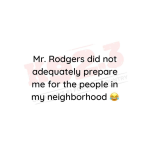 Did you hear about the dyslexic Zombie that ate Brian?

Did you hear about the dyslexic Zombie that ate Brian?
Click to expand... 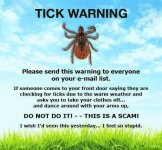 Can Spam be far behind? 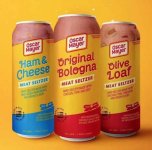